After being discovered at theage of 14, Vanessa Amorosi achieved amazing success in 1998 with her debut single ‘Have A Look’. The single went Gold after only seven weeks in the ARIA charts. This was followed by mega-hits in Australia and Europe with ‘Absolutely Everybody’ and ‘Shine’, and at the age of 18 years Vanessa became the first Australian female to reach #1 on the National ARIA chart with her debut album ‘The Power’. The album went to sell over 1 million copies across the world. Following this success, Vanessa performed at the opening & closing Sydney 2000 Olympic ceremonies, the Manchester Commonwealth Games and received a vast collection of awards both within Australia and Internationally.

6 years later in January 2006, Vanessa relaunched her recording career by signing to Universal Music worldwide with new manager, Ralph Carr. The 2008 album ‘Somewhere In The Real World’ achieved a top 5 position on the ARIA charts and was Vanessa’s third Australian Gold Album, displaying her lyrical maturity and amazing musicianship. The album is home to Top 5 Platinum Single ‘Perfect’, ‘Kiss Ya Mama’ and 3rd single ‘The Simple Things (Something Emotional)’.
2009 saw the release of Vanessa’s most successful album so far, the Platinum selling ‘Hazardous’. The album debuted in the top 10, achieving Gold status in the first week and continued to sell to gain Platinum sales. The first single to be released, “This Is Who I Am’, debuted at #1 on the ARIA singles chart and achieved Double Platinum sales. To date, the single has sold over 150,000 units in Australia alone and continues to be played nationwide.
‘Hazardous’ the single was also successful, achieving Gold status. After a thrilling first week of sales, Vanessa was the first artist in 2009 to debut at #1 on the Australian Singles Chart. This made her the first Australian female to achieve this debut since 2007 when Kylie Minogue gained the accolade. The single remained at #1 for 3 weeks, the first since Silverchair’s ‘Straight Lines’ in 2007. ‘Mr Mysterious’, the third single from the album, was a top 5 ARIA single, achieving Platinum sales and was the #1 most added song by an Australian artist at the time of release.
Born in August 1983, Vanessa’s lifetime career has held some outstanding achievements including her hit single ‘Perfect’ being nominated for APRA’s ‘Most Performed Song’. The single has recently been given the illustrious title of Most Played Song on Radio by an Australian artist in the past decade (114 weeks on 29th June 2011), an accolade only beaten internationally by two other artists – Coldplay and Kings of Leon. She has also received eight ARIA nominations to date and has had the honour of recording duets with superstar Mary J Blige and Hoobastank in 2009. Vanessa has toured nationally to over 1 million people, becoming the #1 female Australian live touring act (alongside Rob Thomas and Jimmy Barnes).
2011 proved to be an even bigger year for Vanessa. After working in LA, Sweden and London, writing with some of the world’s best (Linda Perry, Jimmy Harry, NikeyOvolson, Robin Lynch, John Fields and Steve Diamond), Vanessa has produced a feel-good, fun, honest and liberating album.
After much anticipation, Vanessa’s first single ‘Gossip’ from her forthcoming album ‘V’ was released on July 1st (production by Macho Psycho, mixed by Chris Lord Alge, A&R by Ralph Carr), followed by the hit single ‘Amazing’ on 9th September 2011. It continued to be a massive year for Vanessa as she released singles, her fifth album, and embarked on a nationwide tour in November and December.
In 2012, Vanessa is continuing to divide her time between Australia and Los Angeles as she explores new music, and has begun the year by touring Australia with the rock music legends INXS and James Reyne on the Red Hot Summer Tour. Vanessa will also continue to astound long time fans and excite new followers when performing at her solo shows around the country 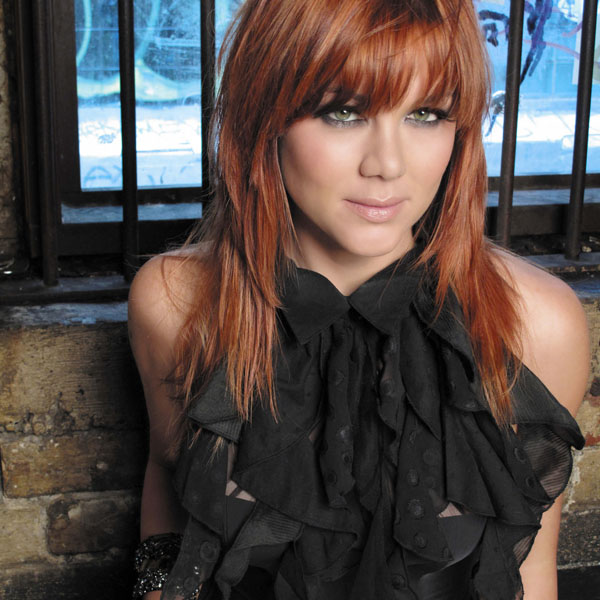