Cosentino has been called “a supercharged showman” by the Herald Sun, a “daredevil performer” by National Nine News and is said to “mirror the legendary Harry Houdini” by the LA Times.

He has already achieved what many performers have only ever dreamed of. Runner Up on the highest rating show in 2011 Australia’s Got Talent, a three times Australian Award Winning magician, a Guinness World Record holder, a nominee for the prestigious Helpmann Awards and a Merlin Awarded recipient for Most Original Magician by the International Magicians Society. “The Merlin Award is to magic what the Oscar is to motion pictures, what the Emmy is to television and what the Tony is to theatre” says Max Toth, IMS Merlin Award Committee Chairman.
In his own unique and award-winning style, Cosentino fuses traditional sleight of hand magic, grand illusions and physical demonstrations into novel and original presentations. He escapes the boundaries of the past and performs some of the most original and funky effects witnessed today.
In February 2010 Cosentino executed a dangerous underwater escape at Melbourne Aquarium, which gained national and international attention haling him as the true “Heir to Houdini”.
His commanding stage presence and enigmatic personality, combined with impeccable technique, has set him apart from the ordinary performer. New York’s Wall Street Journal has featured him as a stand out talent and even the directors of the world renowned Cirque du Soleil have shown a keen interest in his unique and varied performance skills and have marked him down as a potential artist resource. 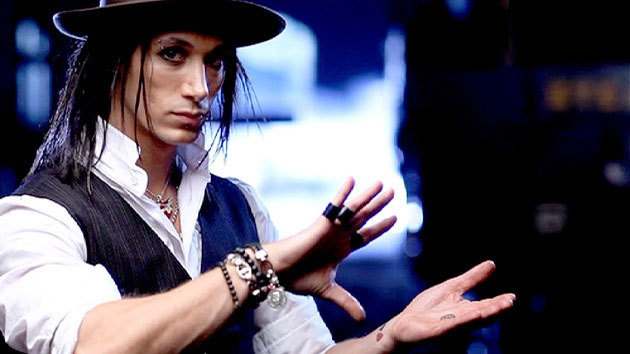