Dragon formed in New Zealand, in 1973 with a line-up that featured Todd Hunter, guitarist Ray Goodwin, drummer Neil Reynolds and singer Graeme Collins. By 1974 several changes had occurred, with Marc Hunter joining on vocals and Neil Storey on drums. The band recorded two progressive rock albums Universal Radio and Scented Gardens for the Blind. Robert Taylor from the group Mammal then joined the band in late 1974.

Dragon relocated to Sydney in 1975. Soon after, they sent for keyboard player Paul Hewson, who they had known in New Zealand and who had a reputation as a pop songwriter. Dragon landed a contract with CBS Records in Australia and started recording with Peter Dawkins producing. The band was rocked by the death of drummer Neil Storey in 1976. By then, founding member Goodwin had left the group, and their first single to chart, ‘This Time’, had just begun selling. Storey was replaced by Kerry Jacobson and, between 1975 and 1979, Dragon scored a string of major hits on the Australian pop charts with songs including “April Sun in Cuba,” “Are You Old Enough” and “Still In Love With You” and with the albums Sunshine and O Zambezi, making them one of the country’s most popular rock acts. Marc Hunter left Dragon in 1979 due to health problems which were, by then, seriously affecting his performances. Singer Billy Rogers formerly of the Perth group Last Chance Cafe and violinist Richard Lee from the Melbourne band Sidewinder were recruited and the group recorded the Powerplay LP before breaking up. In the intervening years Marc released two successful solo singles, “Island Nights” (1979) and “Big City Talk” (1981) Todd had meanwhile teamed up with his partner Johanna Pigott, formerly of group XL Capris, and together they became a successful songwriting team.
Dragon briefly reformed in 1982 to pay off outstanding debts, with the band then staying together to have another shot at success. Their second comeback single, “Rain”, proved to be a massive hit, and Jacobson left the band for health reasons and was replaced by British drummer Terry Chambers, formerly from the band XTC. American keyboard player and producer Alan Mansfield also joined at this point. The band’s 1984 album Body and the Beat became one of the biggest-selling albums in Australia and New Zealand and Dragon was restored to something close to its late 70s glory. Its public profile was further raised at this time by the Marc Hunter solo album, Communication. Paul Hewson left Dragon and died in New Zealand in January 1985. Band members Terry Chambers and Robert Taylor left some time after. American drummer Doane Perry replaced Chambers, and Taylor was eventually succeeded by Sydney guitar ace Tommy Emmanuel. This line-up produced the Todd Rundgren-produced Dreams of Ordinary Men album and later toured Europe with Tina Turner under the name Hunter (in 1987). In 1987 while on tour with Tina, John Farnham asked Todd and Johanna to write a song for his next album. They wrote “Age Of Reason“ which went to No.1 in Australia and was a hit in Germany and Canada.
Dragon again split up in 1988 although a year later the Hunter brothers and Mansfield had reconvened once again for the Bondi Road album, which also featured Tommy Emmanuel. Dragon continued to record and tour with varying line-ups centred around Todd and Marc Hunter and Mansfield. Todd Hunter retired from the band in 1995 and worked for six years on the soundtrack of Heartbreak High the televison series, after the 1995 album ”Incarnations”, which featured reworkings of earlier hits.
In 1997 Marc Hunter was diagnosed with throat cancer and died on 17 July 1998. A memorial service for him was held at St Andrews Cathedral in Sydney. The compilation CD Forever Young, released on Raven Records, captures many of the highlight tracks of his career.

Dragon reformed in 2006 and consists of Mark Williams (vocals and guitar), Bruce Reid (guitar and vocals), Todd Hunter (bass and vocals) and Pete Drummond (drums and vocals). This Dragon line up released Sunshine to Rain and is the band that is currently touring Australia. 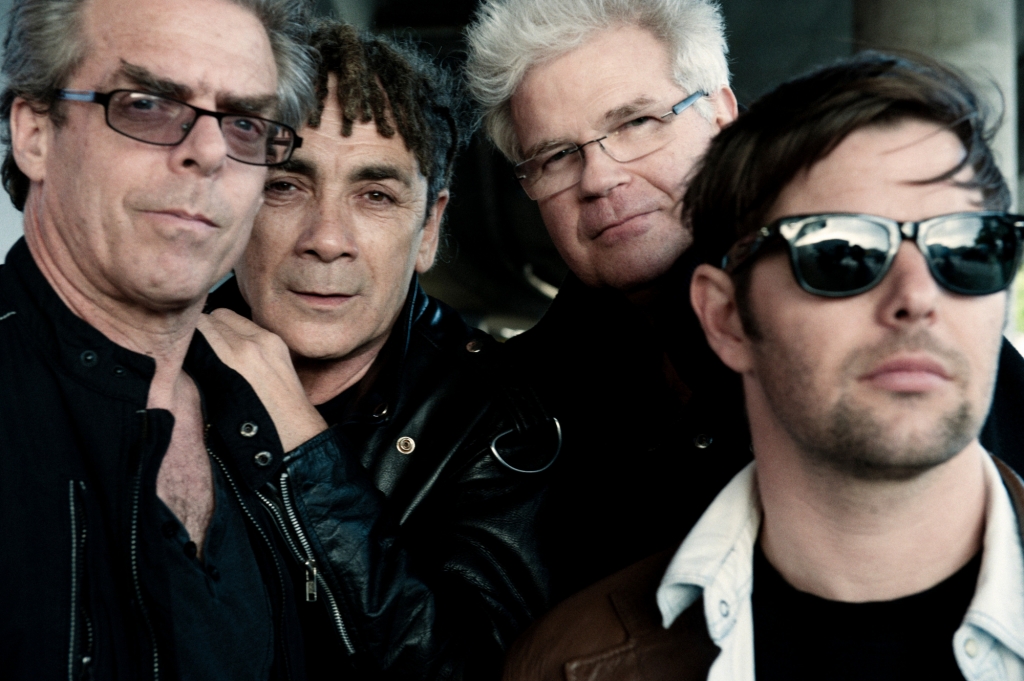