If you never get lost then how are you ever going to find yourself? It’s one of the questions multi-award winning country artist Adam Brand explores on his latest album, What A Life.

Adam’s not a songwriter that tells listeners how to live or that he has found all the answers, he claims no such thing. He’s actually the bloke beside you, making the same choices when you hit the crossroad.

His search for truth, love and good times amidst the mysteries of life are explored in this new collection of songs but he doesn’t always find the answers.

“It’s a very honest album and I pour my heart out a bit,” admits Adam. “There are personal moments of reflection. While the first few albums were mainly about where I have been, the previous album Get Loud and this one are more about where I am and where I’m going.

“I think people will hear the words and realise that I have about as much of a clue about life’s mysteries as they do. If I’m just as lost then maybe everything we’re feeling is pretty normal.

“I want people to know that I go through peaks and valleys; find love and lose it like everyone else. That’s the biggest message on this album.”

What A Life is Adam Brand’s sixth album in a career which has already spanned a decade. During that time, the Australian artist has won eight Golden Guitars, three Mo Awards, had innumerable No 1 singles plus a platinum and three gold records. His can-do attitude and love of a good time has been embraced by the music loving public whether he’s playing a show, indulging a passion for racing cars or sharing the recipe for wicked pasta puttanesca.

Written and recorded in Nashville and Sydney, What A Life is yet another fresh step along the road of self-discovery for the singer-songwriter.

Adam has a reputation for recording albums of ballads and partying songs and for his outstanding live performances. But a close listen to What A Life reveals a new maturity in his vocal style and lyrics. Adam has always been concerned with the human heart and how people cope with the world around them. Rather than using the Australian landscape as his inspiration, he looks though the eyes and hearts of its people.

“To me an album should be like a slice of pizza and the whole pizza is your life,” says Adam. “This piece shows what and how I feel about things at this point. Sometimes I’m happy, sometimes sad or cheeky, reflective or ready to go out and have a drink. I want an album to take me to all these places and I think What A Life does that.”

Adam’s enthusiasm for What A Life comes from feeling revitalised about the process of writing and recording. Unlike previous albums where he made a trip overseas and then came back to record the album, this time he shuttled between Australia and Nashville writing and recording during numerous trips.

The change in scenery has benefited the album greatly which has a renewed enthusiasm about it, a passionate spirit and a freshness which makes many of the songs infectious.

“On all of my albums I have found influences from all directions. I write with many different people and don’t want to stick to the same songwriters and the same ideas. That’s the way I keep evolving.

“I’m very happy with the direction of this album. There are different subjects and stories here, not just the same ones recycled. The more people I collaborate with, the more they influence my growth. I need to be challenged.

“At the same time the challenge of making a new record is to find a way to evolve without losing what it is that people already like about what you do. I really believe that we’ve achieved that on What A Life .”

Adam’s life philosophy has been summed up both in the album’s title and its title track, What A Life.

“For me the title track is really important to the theme of the album. It’s a story of getting to a point of acceptance that I hope is down the road for all of us…maybe after we’ve been through some similar stuff to what I sing about on the rest of the album. It celebrates the life of everyday people and how they come to terms with their reality.  In this case it’s a bloke in his late 30’s who accepts and is comfortable with his lot in life. He’s been around the block once or twice, he’s on his second marriage and appreciates what he has, rather than moaning about what he doesn’t have. He understands that their time is spent either “doing what they have to or doing what they like” and he makes the most of it”

“I’m living my life and I don’t have all the answers. But no matter what and despite the confusion, I’m a positive person and I want to have a good time. The people who come to my shows are exactly the same – they want to enjoy their life.” 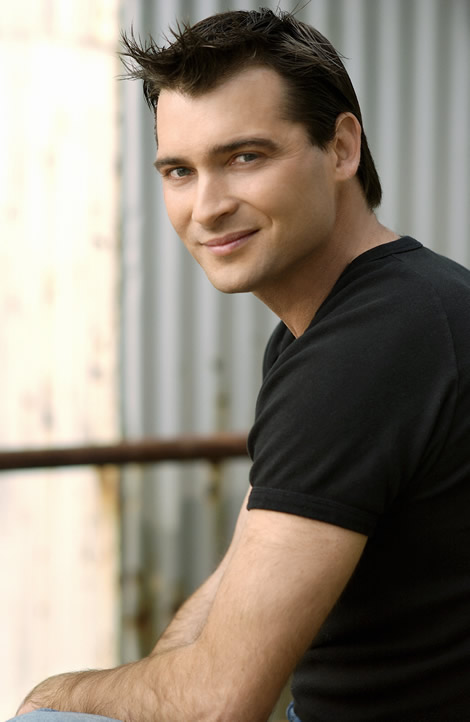