At the age of ten, Ben had turned professional, performing magic wherever the opportunity arose. Just before his 11th birthday Ben was offered a job performing close up magic in two local restaurants, this was a great opportunity for Ben as he was able to hone his skills there 2 nights a week for 3 years

When Ben was 12 years old he was asked to join the magic circle and became to youngest magic ever to be admitted into this prestigious society. At 14 Ben followed his passion for illusion and produced his first successful touring magic and illusion show called spellbound which he funded through his hard earned savings from his local shows, the show featured 3 grand illusions, comedy, magic and wowed audiences across Australia. Again it was unheard of for a 14yo Magician to be performing in his grand illusion show! It was at this time he was awarded Australia’s youngest ever magician and illusionist. From cutting his assistants into 3 pieces to breaking the Australian record for escaping from a straight jacket, at 15 nothing seemed impossible for this young talent.
Ben also has a long list of TV, NEWS and RADIO appearances over the years. And has stared and co-produced in all the magic and illusions in the cutting edge show “UTOPIA” at the newest theater restaurant on the Gold coast, Australia. Ben now stars in his own spectacular illusion and comedy magic shows across the world for clients wanting his comedy magic in the live entertainment!
Ben also runs the Australian Magicians Bureau, an agency providing Australia’s professional magicians/entertainers for parties & corporate events across Australia. Still at only 22yo Ben is now the No1 corporate entertainment magician & illusionist in huge demand across Australia for all events, and over the years has performed for Australia’s leading corporate companies such as Coca-Cola, DHL, Sony Music, McDonald’s, Telstra, Channel Ten & the list goes on and on!
When asked about the future Ben only had one answer, You have seen nothing yet! 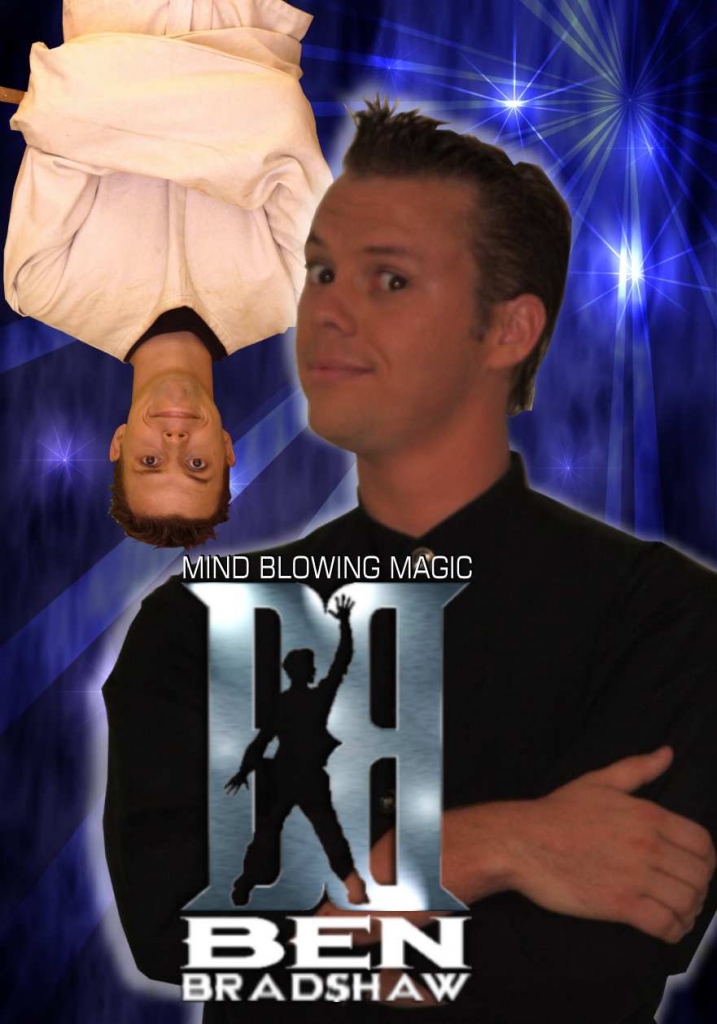