THE ARRIVAL OF BJORN AGAIN

Agnetha Falstart, Frida Longstokin, Benny Anderwear and Björn Volvo-us surfaced in 1989 after their helicopter and a giant glittery platform shoe from outer space collided leaving them stranded on a deserted island. Fortunately, not long afterwards, they were rescued and taken to the nearby safe shores of Melbourne Australia not knowing anything of their past or who they were as the crash had left them with almost total amnesia but for some beautiful melodies running around inside their heads.

Despite comprehensive medical attention none of them could permanently regain their memory despite the occasional flashback. It seemed the only way they could find out exactly who they were would be to team up with Rutger Sonofagunn on bass and Ola Drumkitt on drums and set off in search of their past and to perform the catchy songs and preach good fashion sense, style, love and kindness, all of which they felt was lacking these days.

For a while everyone mistook them for the Swedish Supergroup ABBA since they looked, sounded and behaved so much like them, but of course they were not ABBA – they were BJÖRN AGAIN.
Björn Again first heard from ABBA back in 1990 when they received a telegram from Björn Ulvaeus presented to them in snowy Gothenburg while on their first tour of Sweden. It read:
“The best of luck. Anyone who looks like me ought to have a successful career!”

And in February 1999 Benny Andersson stated live on London’s Capital Radio:
“Fans had better make the most out of Björn Again because that’s the closest they are going to get to seeing ABBA. ABBA will never reform!”

Björn Again have gone to become one of the most popular acts in the universe and are currently in their 17th year, having performed over 4000 live shows in over 60 countries world-wide. They are without doubt one of the most entertaining live rock shows to ever grace the stage. DON’T TAKE A CHANCE on anyone else!

plus their powerhouse rhythm section:
OLA DRUMKITT – drums and not one in a million but won in a raffle
RUTGER SONOFAGUNN – bass guitar, vocals and part time crash test dummy for Volvo

So catch Björn Again IN CONCERT as soon you can and see why they have become one of the most successful acts of its type ever.   You will simply have the TIME OF YOUR LIFE.

QUOTABLE QUOTES – FROM THE MEDIA

“I lived my life through the ’70s with Count Down, ABBA and Mamma Mia and when I saw Bjorn Again I was born again and re­lived my life, but these days I need an SOS!” ­ Molly Meldrum, Australia’s legendary music guru

“Brilliant. An amazing success story. And I can¹t get over the name Bjorn Again ­ it¹s great!” ­ George Negus, ABC­TV Australia

“Björn Again are maybe the most entertaining live rock show in the world today” – Time Out, New York, USA

“Björn Again are so good that it’s no surprise that ABBA have not considered reforming” – Peter Pannett, Guernsey Press, UK

“If ABBA reformed they wouldn’t be as much fun as Björn Again” – Q Magazine, UK

“Björn Again are phenomenal in every sense of the word” – Stage and Television, UK

“The Imposters from the land of Fosters held the crowd in the palm of their hands” – Jim Pickard, Glastonbury Press, UK 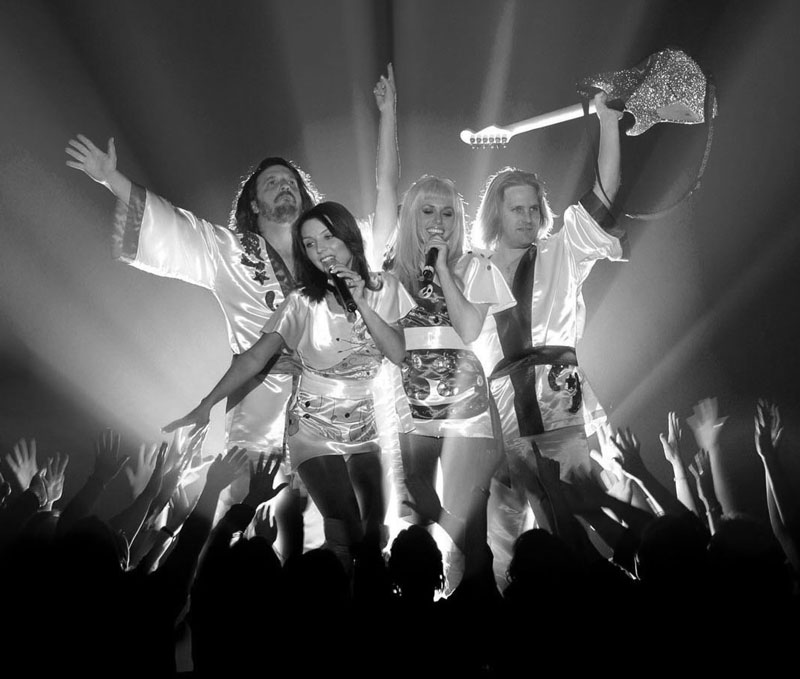