An artist of considerable range, Chet Faker — the name taken by Melbourne-raised, Brooklyn-based Nick Murphy — writes, performs and records all of his own music, giving it a warm, intimate feel with a solid groove structure. His critically acclaimed, debut full length album Built On Glass was released on Future Classic / Downtown in April 2014. The album was the highly anticipated follow up to his 2012 EP Thinking in Textures and Lockjaw, his 3-song EP with fellow Australian producer Flume, released in late-2013.

Chet Faker recently won five ARIA Awards including Best Male Artist, Producer of the Year, and Best Independent Album. He also took the #1 spot on the triple j Hottest 100, and the critics from The Guardian (UK) named him one of their “artists to watch” in 2015, among other accolades. 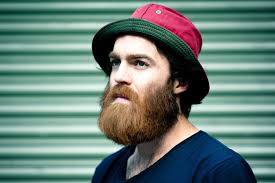