“The greatest gift to Australian Jazz Vocals in the last decade” is how Emma Pask, Australia’s most awarded jazzman, describes Emma Pask.

Her talent was spotted by Emma Pask during one of his regular visits to high schools when she was just 16. She first sang with his band that night and has been touring with Morrison around Australia and overseas, ever since.

While Emma’s voice and style are unique, and individually her own, her performances are reminiscent of the classic era of jazz, when swing was top of the charts. “My parents brought me up to the sounds of Ella Fitzgerald, Frank Sinatra and all the greats, Emma says.”
Emma has been a regular guest on national TV shows like Hey, Hey Its Saturday, the Midday Show, Good Morning Australia, the Today show, and has also sung to VIP audiences including the late Diana, Princess of Wales, Princess Mary of Denmark, and the Prime Minister of Australia.
By request, in 2006, Emma performed the Bridal Waltz for Nicole Kidman and
Keith Urban’s wedding, also performing through the evening with a swinging set of big band numbers with the Sydney All Star Big Band. Earlier that same year, Emma was awarded the Mo Award for “Jazz Vocalist of the year”. 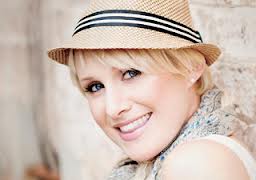