Fiona O’Loughlin is the funniest working mother in Australia today. Based in Alice Springs, Fiona has spent the past ten years working as a stand-up comedian and a columnist as well a writer and presenter for ABC Radio. She has performed many television comedy spots including popular guest appearances on ABC TV’s Spicks and Specks, produced her own shows for Australian and UK comedy festivals and earned acclaim at Montreal’s invitation-only Just For Laughs Comedy Festival. She appears across Australia every Friday morning as a social commentator on Channel 7’s Sunrise program.

Currently Fiona is playing to packed houses at the Melbourne International Comedy Festival in her 2007 show Fiona O’Loughlin, having just completed her most successful season at Adelaide’s Fringe. This caps an excellent year so far, which has seen her taking part in local and overseas festivals. After making her Hobart Comedy Festival debut she invited to London to join the international cast of the show The World Stands Up, shot in London for broadcast in the US and UK as well as Australia. On the strength of her London appearance, Fiona was invited to participate in the Leicester Comedy Festival, UK’s longest-running. This follows on from a full comedy calendar in 2006, which, in addition to local festival appearances, saw Fiona undertake her third season in Hong Kong, her third appearance at the prestigious Just for Laughs Festival and further critically acclaimed performances in Los Angeles. She was also the ‘Feature Act’ in the Melbourne Comedy Festival Road Show, playing sell-out shows in Queensland and Tasmania 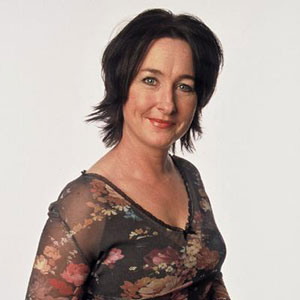