A dynamic show packed with numbers from famous films such as Moulin Rouge, Chicago, James Bond, Cabaret and  Mama Mia.

Your audience will be captivated by three fabulously talented girls as they step straight from the films  onto the stage.
Numbers include Duran Duran’s Girls on Film, Lady Marmalade, All That Jazz, James Bond Medley (which includes audience participation) and a trip down memory lane with a medley of Oscar Winning songs.

Watch out because in between the songs the audience finds out cheeky snippets of information about the stars and their famous stories!!

The stunning girls can be dressed as your favourite stars-Nicole Kidman ,Marilyn Monroe and Catherine Zeta Jones or in elegant Oscar Winning Gowns.

“What an awesome night and fantastic performance that “Girls on Film” gave us at our Alfred Davidson Awards night. The singing was fantastic and such wonderful costumes, your entertaining element made sure everyone had so much fun. Thank you again for making our high achievers feel very special.   – Suanne Morland – Events Manager – Westpac

“The audience loved this show and from an organizers perspective they are the consummate professionals – always willing to go that extra mile to deliver a stand-out performance.
– Kathy Ferris, Producer, Theme Park Events & Entertainment

Girls on Film are…

Award-winning actor Rachael Beck is one of Australia’s most in-demand performers in musical theatre and television.

Rachael is widely remembered for her award winning role opposite Hugh Jackman as ‘Belle’ in Beauty and the Beast, which won an ARIA Award for the Best Australian Soundtrack / Cast / Show Release in 1996.

Over recent years, Rachael has also worked consistently in Australia’s most popular theatre productions, including Eureka for Essgee Entertainment, directed by Gale Edwards; ‘Sally Bowles’ in the IMG production of Cabaret, directed by Sam Mendes. Also for IMG, she played ‘Kathy Selden’ in the hit Singing in the Rain directed by David Atkins, which earned her a prestigious Mo Award nomination, and the role of ‘Maria’ in The Gordon/Frost Organization / SEL production of The Sound of Music. Prior to that, Rachael created the roles of ‘Princess Maria’ in The Production Company’s Call Me Madam and ‘Donna’, ‘Chanelette’ and ‘Amy’ in Big Hair in America, which premiered at the Hot House Theatre under the direction of Marion Potts.

An impressive list of television credits also supports Rachael’s position as one of Australia’s most promising actors, including Stingers, Mercury, The Feds, This Man This Woman, GP, Flying Doctors, and her popular role as ‘Sam’ in Hey Dad over three years. She has also appeared in the film Ocean Boulevard.

Rachael has appeared as a performer in both seasons of the highly successful channel 7 series, It Takes Two, and most recently the national tour of War Of The Worlds.

Rachael’s impressive career is a testament to her staying power in Australian entertainment.

Mandy Burlinson began dancing at the age of five and at fourteen was accepted into the
Victorian College of Arts. She has studied Ballet, Jazz, Contemporary, Tap and Character Dance, and has performed in a number of high profile stage shows prior to her role as Charity Hope Valentine’s friend, Nicki, in Sweet Charity.

In 1995, Mandy played one of the Fabulous Singlettes in a national tour of The Mikado. The year before she played Sandy in Gordon/Frost’s production of Grease, and in 1993-94 she played the role of Val in Kevin Jacobsen’s A Chorus Line. Other stage work includes How to Succeed in Business Without Really Trying (1992-93); the Lead in Live from the Roosevelt (1991-92), Directed and Choreographed by Ross Coleman; Tina Arena and the Ramjets (1991); The Hunting of the Snark (1990); and Cameron Mackintosh’s production of Cats in Australia and Hamburg, Germany (1989-90)

Danielle has emerged as one of Australia’s most versatile and sought after performers. In an outstanding professional career spanning over fifteen years, Danielle has accumulated an impressive list of credits that are a tribute to both her talent and tenacity.
Most recently Danielle played the lead role of Julie Jordan in ‘Carousel’(The Production Company) opposite David Campbell and the dramatic lead role of Pam Lukowski in David Atkins’ and IMG’s musical production of ‘The Full Monty’. In 2003 she starred in the lead role of Nikki Burns in the 70’s hit musical ’Oh! What a Night!’(Jon Nicholls & Michael Brereton) alongside the fabulous Marcia Hines. Prior to this, she played the role of Maria-Elena Holly in ‘Buddy! The Musical’ (Jon Nicholls & Michael Brereton) and the role of Shena in the Melbourne season of the smash hit Australian musical ‘The Boy from Oz’ (Ben Gannon).
Danielle’s other theatre credits include ‘Sweet Charity’(Mark Pennell), Beauty & the Beast’(Kevin Jacobsen/Disney), The Sign of The Seahorse(Playbox/Windmill),The Voyage of Mary Bryant(Ensemble Theatre Co.), The Music of Andrew Lloyd Webber(Really Useful), Hello Dolly(Gordon/Frost), Me and My Girl(Jon Nicholls Productions), How to Succeed in Business Without Really Trying(Gordon/Frost) and Chair in the Landscape(Zenith Theatre). 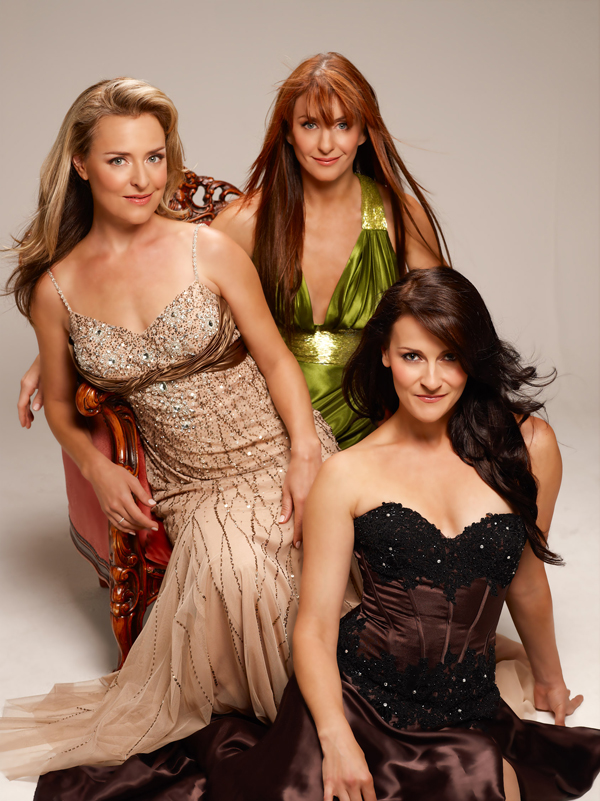