First, Grace Knight took the Eurogliders pop band to chart topping success throughout the 80s, then she became Australia’s number one selling Jazz Diva in the 90s, and now….. for something completely different…..!!

Grace’s latest album, titled “Zeitgeist”, is a blend of textures, grooves and styles, taking the listener on an exciting journey through sexy grooves, tribal rhythms, and amazing harmonies.
Grace says, “I wrote the songs on “Zeitgeist” over the past few years, it’s been a long slog, but boy it’s worth it. This album draws on all my influences, from Eurogliders through to jazz and blues. It’s like a summation and the beginning of something new all at the same time! OK, so it’s taken me till now to write my own album, but in the past I’ve been lucky enough to perform songs written by the masters, and some well known craftsmen. However singing someone else’s experience has left me feeling a little incomplete, especially when my own life is full of juicy stories. So, because I know that we are all pretty much the same, it stands to reason we’ve shared similar experiences and the listener will recognize them in this collection of songs.
In her early teens Grace began singing in folk clubs and competing in national talent quests. Anxious to spread her wings, she sang her passage on a cruise ship to Australia where her sister introduced her to musician Bernie Lynch. Grace honed her performing skills as Lynch shaped the band that was to become the “Eurogliders”. From the Eurogliders first album “Pink Suit Blue Day” in 1982, to their last “Groove”, the band with Grace as lead singer, were a chart topping and live rock and roll success. The Eurogliders performed to a TV audience of 65 million viewers on the MTV New Year’s Eve special broadcast.
During a hiatus, Grace made a musical and literary detour by recording on the ABC’s ‘0-9’ series for children and publishing a book ‘Dragons, Flies, Monsters & Spies’. Grace found her career spin into a new realm following the release of the ‘Come In Spinner’ soundtrack in 1990, for which she was chosen to sing 1940’s torch songs. Grace claimed she was not a jazz singer and performed each track with a style uniquely hers. The result was outstanding, the album selling over 250,000 copies and a vast, enthusiastic new audience materializing.
For ‘Stormy Weather’ she chose American producer Larry Muhoberac, whose credits include such luminaries as Elvis Presley, Barbara Streisand and Elton John, and whose lush arrangements enhanced Grace’s emotive vocals. Grace again chose Muhoberac to work with on ‘Gracious’. Together they produced an exquisitely eclectic album ranging from the Jazz standard ‘Cry Me a River’ to Van Morrison’s ‘Moondance’.
Album sales have been testimony to Grace’s ability to captivate and inspire audiences from every walk of life. ‘Come In Spinner’ and ‘Stormy Weather’ placed simultaneously within the top 10 of ARIA’s Top 25 Jazz albums for 1992, the sales saw Grace become Australia’s number one Jazz artist in 1992.
With little effort, Grace has earned a reputation as an emotive and sensual singer. This quality is captured live – and can be heard on her double album ‘Live’ recorded over three dazzling performances at Sydney’s premier Jazz venue The Basement. The album features a combination of favourites from the preceding three albums, with special guests including Australia’s best international country star James Blundell, jazz virtuosos: James Morrison and Don Burrows, and Bernie Lynch, Grace’s singing partner from the Eurogliders days.
Always ready for change, Grace has been collaborating with musicians across a broad spectrum of styles, writing the songs for this amazing lady’s new musical incarnation. Rooted in jazz and soul, Grace has crafted a beautifully sensual and moody collection of songs that form the basis of a totally revamped live show. 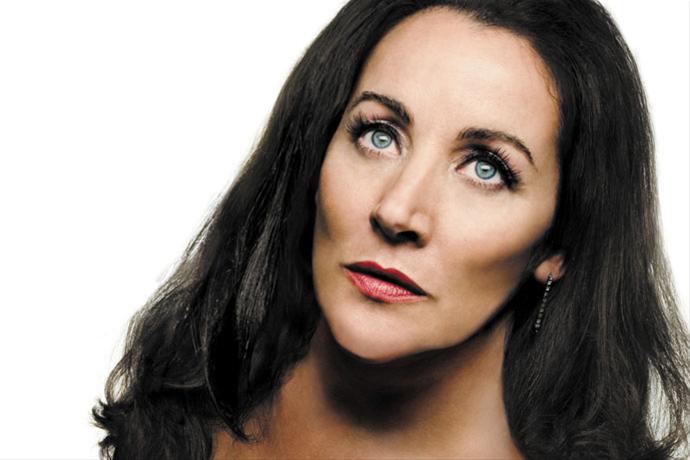