2010 has been a particularly significant and remarkable year for Guy Sebastian. Following on from the release of last year’s Platinum “Like It Like That” album which spawned a #1 Triple Platinum single with the title track, and a Top 10 single with “Art Of Love” (featuring Jordin Sparks), Guy has toured Australia, released his album and toured in the US, become an influential judge on The X Factor, was announced as having the highest selling single of the previous decade (“Angels Brought Me Here”), and picked up six nominations for the 2010 Aria Awards for his work on “Like It Like That”.

Seven years since Guy Sebastian became the original Australia Idol, and five Top 5 studio albums later, the soulful singer remains a true musical icon. His new album “Twenty Ten” is proof of his achievements; a double-disc retrospective which includes 20 of Guy’s best-loved hits – two of which are actually brand new songs– plus a bonus disc of 10 new acoustic interpretations of some of these hits. Looking back at his catalogue to date has given Guy cause to reflect over his years in the spotlight.

“Recently I bought my first house, and it was a really emotional experience – I think it was a culmination of re-recording some of my hits for this album, because each time I recorded a song that I hadn’t sung in years it just took me back to a different time in my career. I took a drive and went and sat outside the house, which is an area I always wanted to buy a house in but thought I’d never be able to afford, and was like, ‘Oh my gosh, I own this house’. I was thinking about the fact that the house was the result of the fruits of all my labour over the years, but that I hadn’t felt like I’d worked a day in my career, because all I was doing was following what I wanted to do, which was music. Of course I’ve worked hard recording, promoting and touring, but really all of that comes out of my pure love for music. My passion for music is the real driving force for me; the career I have only came to me as a result of that.”

After winning Australian Idol in 2003, going on to perform on American Idol, and selling over 1.6 million CD sales in Australia alone, Guy is more than grateful for his initial televised entry into the music industry.
“I was a contestant on a TV show which sought to find new singers – and that’s what I was, a new singer. I was doing what I loved to do, and Australian Idol helped me launch my career. It would have been different if I was on just some reality show that had nothing to do with music, and then started out singing – I can understand why people wouldn’t take me seriously in that case, but I was on a singing show, and so I sang and took the opportunities that came about as a result of winning the show. Following that though, I made sure that I was the driving force in my career along with my wonderful manager Titus Day, and we’ve had a great relationship with Denis Handlin [CEO / Sony Music Australia], and Ross Fraser [A&R Director / Sony Music Australia] who’ve always been in my corner.”

As a result of all his hard work and commitment Guy has come full circle and is currently appearing as a judge on The X Factor, mentoring other young singers who hope to recreate some of Guy’s impressive achievements.
“I’m really happy to be part of the X-Factor at the moment, and feel like I’m helping to nurture new talent, in the same way that I was given a leg-up. However, not for a second do I think that by going on a show like this is the secret to forging a career. At the end of the day all these TV shows are just a platform to use as a springboard – it’s what they do with their career and the choices they make after the show finishes which will define what kind of career they have.”

With five albums under his belt, Guy Sebastian can certainly be credited for achieving a role in changing the sound of the Australian music industry. Once, predominantly rock-band territory, Australia has seen the rise of credible pop artists thanks to the standard of work by created by Guy and a handful of other artists. The modest 29-year old says he doesn’t necessarily think it was just up to him in regards to breaking down doors, but is definitely appreciative of being heralded for his contribution to the new wave of pop that now exists in Australia. For Guy, when reflecting on his own career, his personal achievements have come from the collaborations and opportunities that have opened up for him as a result of his talent.
“I think when I look at the album some of the real highlights for me has been the times when I’ve had the chance to work with some really talented artists from around the world. It’s a list that I’m really proud of – John Mayer, Jordin Sparks, Brian McKnight, Robin Thicke, as well as some really renowned international producers, songwriters and musicians. I’ve also had the opportunity to record in America, and film videos in South America… all of that has been an amazing experience for me.”

“Twenty Ten” is by no means just a conventional greatest hits album. Offering up thirty different recordings, Guy is serving up a massive dose of certified hits and new recordings, catering for both his career-long fans and the news fans he continues to collect along the way. “I think with artist compilation albums you have to be a bit more clever these days. People can make their own albums with digital downloads by just dragging their choice of songs into their music folder, so I think artists have to be much more creative in terms of how they put together these kid of albums. Since a lot of my fans already have my songs, I wanted to be able to offer up something completely new within the package. I recorded ten of the songs acoustically, which is something I always wanted to do, and I did it in such a way that I wanted to breathe new life into the songs by changing the arrangements around. I’m really happy with the way these new versions turned out.”

“Twenty Ten” also includes two brand new recordings – “If I Really Loved You”, and Guy’s new single, the uptempo, feelgood “Who’s That Girl” featuring Eve.
“The new single was produced by Dre – no, not that one, but Andre Harris who is from the US production team Dre & Vidal (Usher, Michael Jackson, and Alicia Keys), and it also features a guest rap from Eve, who heard the track and agreed to get on board. It’s actually a completely original song that I kept going back to rewrite over and over again because, at first, the musician in me thought it was too simple in its structure… but then I realised that sometimes simplicity is the best way forward to keep things fun and hook-y.
“The funny thing about that single is that I did all the vocals in my dining room in Australia and we sent it across to Dre who did his thing on the track by adding his magic production touch. He’s awesome – I’ve written a bunch of songs with him, and in fact the other new song on the album I actually wrote with Dre, and he produced it in its entirety.”

2010 has certainly been an incredibly rewarding year for Guy Sebastian. The release of “Twenty Ten” marks the year perfectly, shining a light on Guy’s successes, and highlighting his continued relevance, commitment, and impressive artistry. “Without a shadow of a doubt this has been my most favourite year of my life,” Guy grins proudly. “It’s been really encouraging to have this kind of success after all these years; sustaining a career isn’t easy these days, but audiences have really shown me a lot of love this year. My focus is to try and always write songs that connect with people and their emotions; this year has proved that that particular focus is 100% correct.” 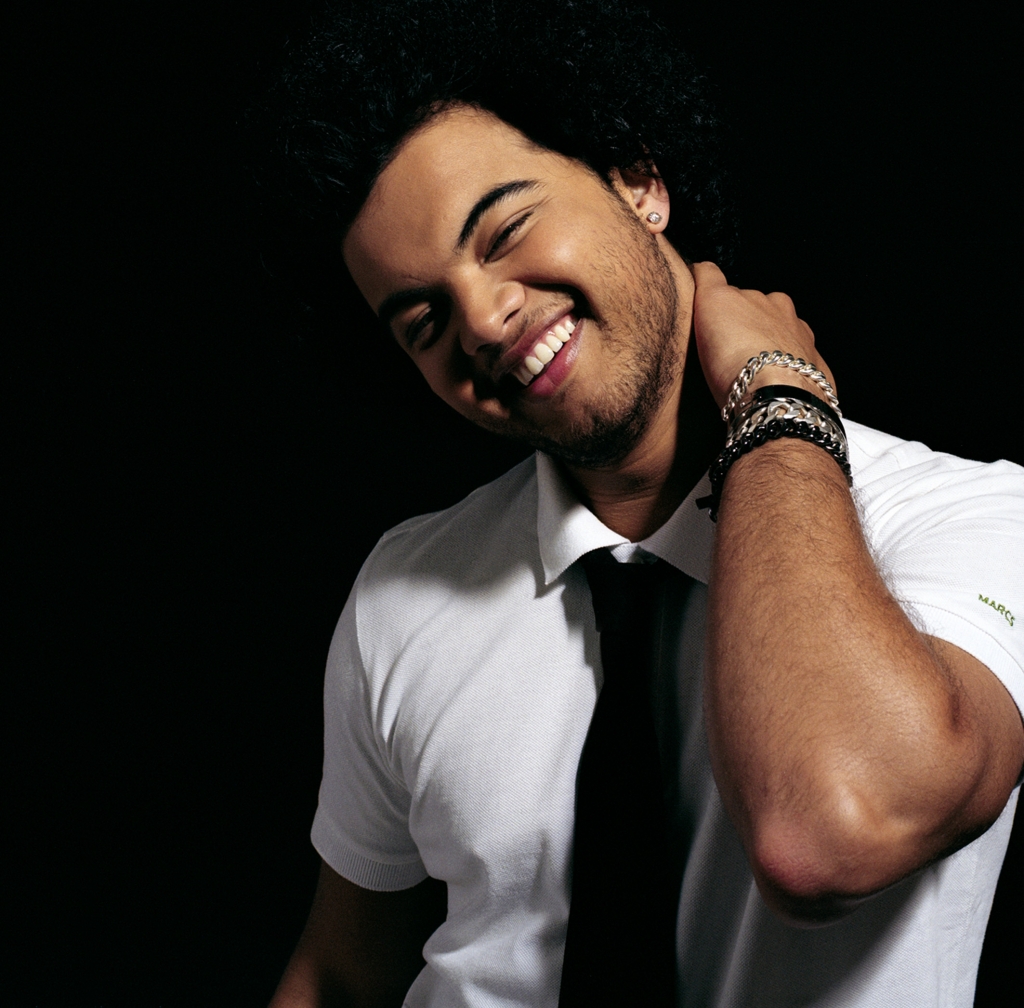