BASED IN:  Sydney, AUSTRALIA

For much of the early part of 2010, Darwin’s favourite daughter, Jessica Mauboy, found herself at various time driving down Los Angeles’s frenetic Sunset Boulevard, or standing amid the towering, neon-stamped buildings that engulf New York’s Times Square, or enjoying the soul food and urban hip-hop sounds of Atlanta. She occasionally found herself in studios at 3am with imposing hip-hop producers, draped in bling, sipping Grey Goose, and puffing on Cuban cigars, taking phone calls from her dad back home, checking that she was okay.

Yes, it’s surely a long way from the red dusts of the Northern Territory…
It was in America, home of her musical heroes (Mariah, Whitney, Michael) where Jessica discovered not only the sounds that would make up her second album GET EM GIRLS, but by and large, finding herself as well.
GET EM GIRLS is Jessica as she is – as she wants us to know her. “I wanted to give it all that I had.” she says defiantly. “I really wanted to challenge myself to take a step up from the last album.”
This is an album made for the dancefloor. It’s the sound of an artist more comfortable in her own musical skin, one who’s now ready to call her own musical shots. It’s more sophisticated in sound and style, the lyrics certainly more worldly. Indeed, the shy girl who first appeared on Australian Idol as a 16 year old back in 2006 has grown – in more ways than one.
Sure, she’d known massive success at home (her debut album, BEEN WAITING, achieved double platinum sales, garnered seven ARIA award nominations and spawned six hit singles, plus in 2009 Jessica starred in her first feature film, Bran NueDae), but she wanted something more. America marked something of an independence, both musically and personally for the 21 year old. “I’d never been away from home for so long before – just dealing with being on my own, and being away from my family and from Australia was challenging.”
The singer went into the studio with a definite musical mind-set. “I was feeling more confident and I knew where I wanted to go next. I just wanted to hit it,” she says. “I wanted to go in there and spill out that passion I have for just singing out and screaming.”
Armed with a couple of songs from home that she’d written with her best mate, producer Audius, she says she felt ready… except when the litany of superstar rappers, producers and iconic songwriters started rolling in to work with her.
Early on in Atlanta, Jessica had recorded ‘Get ‘Em Girls’, a thumping hip-hop track (and the album’s first single) with producer Bangladesh (Beyonce, Lil Wayne, Usher, M.I.A). When Jessica had left the track behind and returned to Los Angeles, she’d thought something “was missing”. That missing ingredient was one of the world’s most famous and iconic rappers, Snoop Dogg. The track found its way to the rapper, and he agreed to put his stamp on it. The missing link was found. “I never thought he’d even take the time to listen to it. I think that was the really cool thing – he found a connection with the song.” 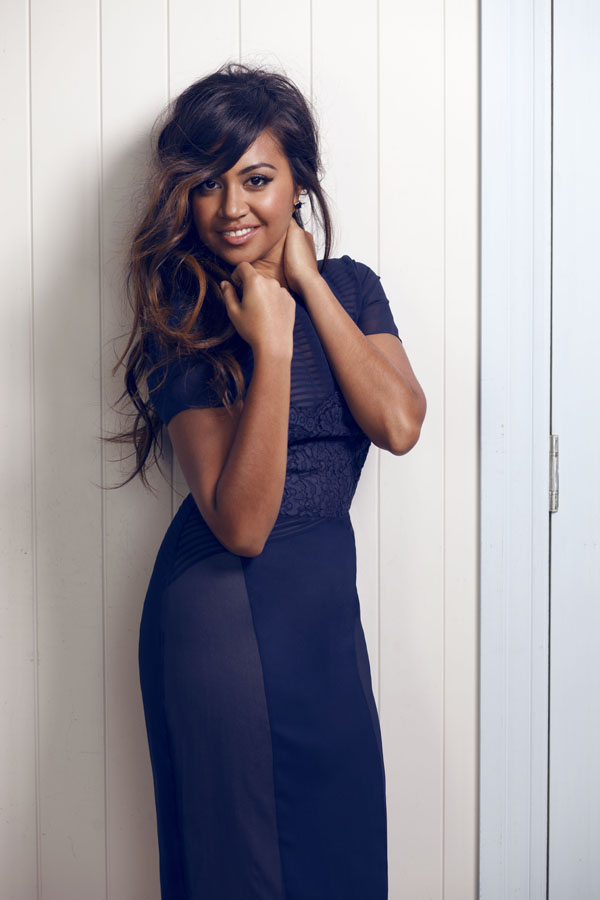