Jimmy Barnes has been there and back. And, he says, “I’m glad to be back.” He’s tasted glory as Australia’s favourite rock & roll singer for more than three decades.

In the ‘70s and ‘80s he was the wildest, loudest and most popular rock & roll star in the country. In the 1990’s Jimmy reached mega-stardom with back to back #1 albums in both soul and rock genres. Then everything went out of control and he came close to losing everything, including his sanity and his life. In the 21st century, after rehab and open-heart surgery, he has climbed back to the top of the charts and the top of his form.

But let’s look back before we look forward…

At age 16, Jimmy played his second gig as lead singer on the back of a truck one hot Saturday at Gawler Raceway in Adelaide, South Australia. The band would become Cold Chisel. A couple of years later they had a residency at the Larg’s Pier Hotel that was so packed, fans drove a ute through the back wall to get in.

By 1978, Cold Chisel was a nasty rock & roll band tearing up the pubs of Sydney and Melbourne. The first single, “Khe Sanh” was banned from commercial radio.

Within three short years of their first album’s release, Cold Chisel was the most successful band in the land. The second album ‘Breakfast At Sweethearts’ broke the radio drought. The 1980 album ‘East’ surpassed all expectations selling a quarter of a million copies straight out of the box and debuting at #1 on the charts. Every ticket on their now-legendary tours was sold out.

In December 1983 Chisel came to an end with the largest concert tour ever undertaken by an Australian band – a record that still stands over twenty years later.

Within a month of Cold Chisel finishing, Jimmy Barnes was on the road with a new band and within 10 months of that, in October 1984 to be specific, Jimmy released his first solo album, ‘Bodyswerve’. It entered the charts at #1.

The following year he signed to Geffen Records in the US and cut five new tracks that were added to remixed version of key ‘Bodyswerve’ tracks to make the album ‘For The Working Class Man’ – another #1 debut. The title track was also used by Ron Howard for his film Gung Ho and charted in the U.S Billboard Top 40. Artistic differences ended Jimmy’s relationship with Geffen and he recorded 1987’s ‘Freight Train Heart’ (another #1 debut) on his own terms. The national tour in support of that album featured a young Perth guitarist Mark Lizotte (aka Diesel) who would soon become Jimmy’s closest musical collaborator.

Around this time, Jimmy also teamed up with INXS and Divinyls, Models, The Saints and Triffids for the massive national tour, ‘Australian Made’. To celebrate ‘Australian Made’, Jimmy and INXS recorded an Easybeats song “Good Times”. The single topped the Australian charts and was included on the soundtrack to the film The Lost Boys and subsequently became a Top 40 hit in the U.S and a Top 10 hit in the U.K.

Jimmy began working with American producer Don Gehman on the album ‘Two Fires’. Released in 1990 and yet another #1 album, it was Jimmy’s most sophisticated set yet. His songwriting had matured and he had learned how to control the power in his voice.

In 1991 and on little more than a whim, Jimmy and Don Gehman cut an album of R&B classics over a fairly intense fortnight. The continuing success of ‘Two Fires’ kept the ‘Soul Deep’ album in the bottom drawer for almost a year, however when it did hit the stores it was a massive success with sales to this day of close to one million copies.

Jimmy’s next album, ‘Heat’, was his toughest yet. Straight up, hard rock with a nod to funk. The album was also a success. That same year Jimmy put together the ‘Flesh and Wood’ project that featured acoustic duets and collaborations with a number of artists all recorded at Jimmy’s studio in Bowral.

After twenty years it was time to take stock. The pressure of maintaining a large organisation as well as a home and family was exhausting. He found himself playing tours just to cover the overhead. There are only so many Australian tours any artist can do. Jimmy sold his house and cleared the decks. He moved to France.

For three years Jimmy toured through Europe and the U.K from a base in France. During this time he made the critically acclaimed ‘Psyclone’ album. Then, towards the end of the decade, Jimmy returned to Australia and started looking for a new direction.

Jimmy took part in the 1998 reformation of Cold Chisel. Despite all the disagreements and the feuds, there was still a deep friendship between the five members. Getting together wasn’t just a matter of recording some tunes and playing some shows, it was also a reconciliation.

Cold Chisel is, like most great bands, a family. There have been other tours and shows and the possibility of further adventures remains. The ‘Ringside’ tour resulted in a great live album and DVD.

He then recorded an album ‘Love and Fear’, which purged a lot of demons that had been plaguing him for many years. He confronted issues that he had avoided by being on tour and by drinking and taking drugs. He cut another album of southern music, ‘Soul Deeper’, that had a bluesier feel than its predecessor.

In 2002, Jimmy began the hard road to sobriety.

A side project with friends from different corners of the world resulted in the heavy metal combo Living Loud and a self-titled album in 2004.

Also in 2004, Jimmy started assembling the duets he had recorded over the years. He was also itching to put some new songs out and so the idea of ‘Double Happiness’ began.

Double Happiness was released in July 2005 and debuted at #1 in the ARIA charts – his 15th #1 album – but the first in almost a decade. With a string of radio hits across different formats, ‘Double Happiness’ sold double platinum.

In October 2005, Jimmy Barnes was inducted into the ARIA Hall of Fame in his own right (Cold Chisel had already been inducted in 1993)

Jimmy passed his half-century in 2006. To celebrate his 50th birthday, his label, Liberation Music compiled a boxed set of Jimmy Barnes’ solo work plus studio and live rarities into a lavish package, entitled ‘50’. Limited to just 5000 copies, it was the most extensive set ever undertaken for an Australian artist, containing not only each studio album from ‘Bodyswerve’ to ‘Double Happiness’.

Early in 2007, Jimmy underwent open-heart surgery to repair a congenital heart defect. The recovery from the surgery necessitated several months of bed rest. It was during this time that Jimmy began writing for the album ‘Out In the Blue’, released in November of that year.

Jimmy Barnes’ current album ‘The Rhythm & The Blues’ entered the Australian Music Charts at #1, making him the most successful local artist in Australian chart history. It is Jimmy’s ninth #1 solo album.

Jimmy has just returned from Los Angeles where he recorded his 23rd album {out later in 2010}.

His career as both a solo performer and as the lead vocalist with the legendary Cold Chisel has made Jimmy Barnes one of the most popular and best-selling Australian music artists of all time. 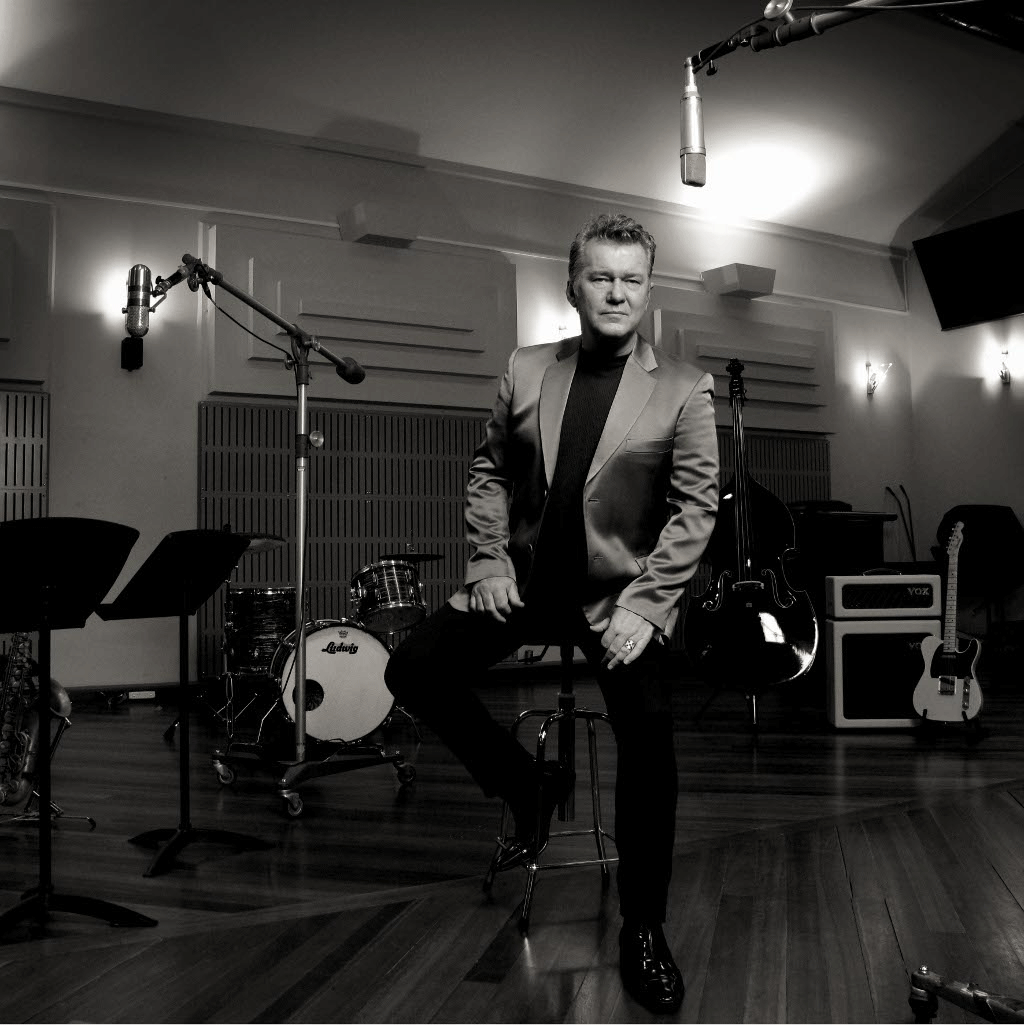