The Beatles’ pop music and the wide spectrum of jazz music at large played an instrumental role in the musical upbringing of Brisbane-based singer/songwriter/interpreter Katie Noonan.

This facet of her musical education has never been more evident than in Katie’s new album and her first outing for SonyBMG, Blackbird – the music of Lennon and McCartney for jazz sextet

“About 18 months ago, I was asked to put in a proposal for a jazz fellowship proposal. And that just got me thinking about how I might combine my two major musical loves –pop and jazz,’’ said Katie, shortly after completing the recording of the Blackbird album in New York.

“Fortunately I was able to secure the involvement of the eminent saxophonist Joe Lovano. I thought that he would be perfect for this project and he was. He’s such an incredible jazz musician and I knew he would help me breathe new energy into these incredible songs. I put out an energy that I wanted it to happen and it just fell together. ‘’

It might be said that natural karma played a role in transporting the image of Katie as one of the two brother-and-sister lead singers of the ARIA-award winning group, George. After scoring huge success with their 2002 debut album Polyserena, and its worthy 2004 follow up, Unity, George took a break from their burgeoning career to pursue an assortment of personal musical projects.

Brother Tyrone recorded with his jazz combination Palimcest and explored some original projects while Katie performed and recorded with her own jazz group, Elixir. In addition, Katie recorded an album with jazz afficionado Paul Grabowsky and also completed a classical duets project with her mother Maggie Noonan.
For her latest album project, Katie decamped for Manhattan along with her family – husband the noted saxophonist Isaac Hurren and their two sons Dexter Reed and Jonah Atticus Roc.

In the course of a mere month’s in-at-the-deep-end approach, she recorded the Blackbird album and caught some incredible and inspiring live music on offer in the Big Apple.

In the course of their four week adventure in New York, the Noonan’s caught the live brilliance of the Hank Jones Quartet, Nina Simone’s daughter, Roberta Flack, Dr John, Hugh Masakela and the Rebecca Martin Quintet. These experiences served to light the way towards Katie’s first Manhattan recordings.

A long-time fan of the Beatles’ work, Katie decided early on to restrict her album to John Lennon and Paul McCartney compositions. “I am a great fan of George Harrison’s songs, but I felt that his body of work would be more effectively represented in a separate project which I hope to record someday,’’ revealed Katie. “For now, I thought we would be better served by sticking with the Lennon-McCartney songbook.’’
Her Blackbird album comprises 15 songs closely associated with The Beatles. “I don’t think there’s a single musician on the planet who hasn’t been influenced by the Beatles in some way,’’ Katie declares with obvious sincerity. “Their songs are just perfectly formed little stories. They have the universal themes of love and friendship and communication and loneliness and passion. They contain all the themes that are still so relevant. It’s hard to describe but these are the perfect pop songs.’’

New York was always considered to be the logical recording base for this project. “Most of the great jazz players made their records and played gigs in New York City. The energy is so full on – it’s such an electric city. It’s so pulsing and throbbing with energy all the time and that definitely fuelled the record,’’ admits Katie.

But the sheer urgency of the sessions amazed even Katie. “We did 15 tracks in a day and a half. We worked so fast,’’ she noted.

“I gave these guys complete creative freedom because I respected them so much.’’

Turned out that the respect quickly became a mutual thing. “I think I might just have gradually earned that,’’ she allowed. “But I didn’t have it at the first rehearsal and the first day of recording.’’

The thought of uprooting herself and her family from Brisbane didn’t phase her for a moment. Much to the contrary. “I love travel. I crave cultural experiences that are not familiar. It’s such an important thing in your life. So I was feeling the travel bug anyway and the fact that it involved great work as well was really an added bonus.

Following the release of the Blackbird album, Katie plans to devote six to eight months to exclusively performing the Blackbird repertoire.

Despite her earnest commitment to the Blackbird project, Katie doesn’t deny that her own original music is her most burning love. `Oh yes, my main love is my own original material. I’m writing songs for my second solo record and doing some demo-ing of the new material. We’ll probably release the album at the middle of next year.’’

The success of her first solo album Skin – which she describes as “an album about the joys of motherhood and of family’’ – has her eagerly anticipating where the follow up record might travel artistically.

Katie is obviously excited about her new connection with SonyBMG which follows her association with Festival and Warners. “I have a huge amount of respect for (Sony chairman) Denis Handlin and the work he’s done for Australian artists over the past 30 or 40 years. Although the Sony roster has such a commercial pop slant to it, Denis embraced the diversity I brought to the table.’’

“After a month in New York City, I still loved it,’’ she wrote in her Myspace blog. “It is crazy though and it really does never stop so it is kind of exhausting. But inspiration is high, incredible music and art and great people.

“Now we are about to embark on a new chapter in our life living the non-city life at Mt Glorious, near Brisbane. We can’t wait!’’ 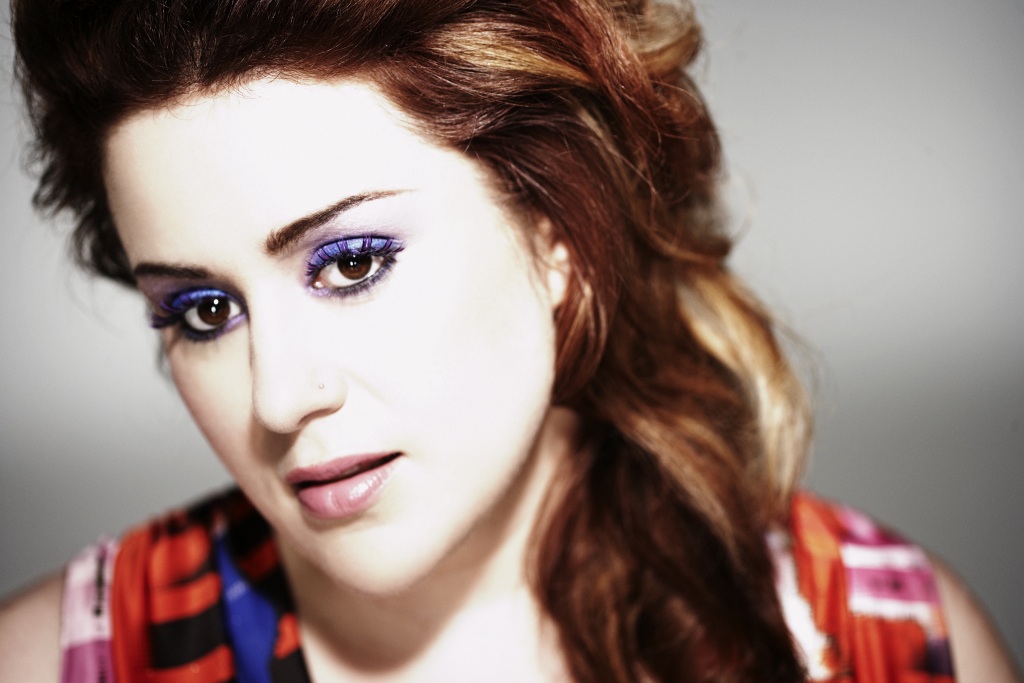