In 2001, the Country Music Association honored Keith Urban with its Horizon Award, designating him a talented artist with a bright future. That same year, the Academy of Country Music named him Top New Male Vocalist.

Talk about your sure bet.

Six years and more than 10 million albums later, Urban remains the only Horizon Award winner in history to go on to win the CMA’s Entertainer of the Year and Male Vocalist of the Year, a title he’s captured three times.

And now comes another milestone: Keith Urban Greatest Hits: 18 Kids.  The CD, released on November 20th, includes Urban’s seven No. 1 smashes, as well as another seven Top 5 hits. His No. 1s have spent a cumulative 27 weeks on top of Billboard’s Hot Country Songs Chart.

Plus, Urban took a break from his current world tour in support of last year’s release, “Love, Pain & the whole crazy thing,” to head back into a Nashville studio to record two tunes specifically for the new disc:  a remake of “Got It Right This Time [The Celebration]” with his full band and his take on Steve Forbert’s 1979 classic “Romeo’s Tune.”

A Special Edition of the CD comes packaged with a DVD of 12 Urban videos, including clips for “You’ll Think Of Me,” “Days Go By” and “Better Life,” all of which topped CMT’s video chart for multiple weeks.

In the U.S., Keith first came to prominence in 1997 as a member of The Ranch, a country rock trio. His first solo album in the U.S., 1999’s self-titled effort, has since gone platinum signifying sales of more than 1 million copies. The CD spawned his first No. 1, the stirring “But For The Grace Of God.”  It also established his awe-inspiring prowess as a guitar player with lightening dexterity.  But Urban was just getting started.  In addition to the CMA and ACM awards, he also received his first Grammy nomination for best country instrumental for “Clutterbilly.”

With 2002’s “Golden Road,” Urban moved from a newcomer to a star.  His monster hit “Somebody Like You” spent eight weeks at No. 1 on Radio & Records Country Chart, followed by “Who Wouldn’t Wanna Be Me,” which spent three weeks at No 1. All the activity understandably earned him Billboard’s No. 1 Hot Country Singles and Tracks Artist of the Year in 2003 and Radio & Records’ No. 2 most played male Country performer. The album has sold more than three million copies.

Urban’s success kept growing. In 2004, he released “Be Here” and a superstar was born. The album debuted at No. 1 on Billboard’s Top Country Albums Chart and has sold more than 4 million copies in the U.S. alone. It spawned a staggering three No. 1s on Billboard’s Country Singles Chart: “Better Life,” “Making Memories Of Us” and Days Go By.”  He was nominated or won no fewer than 16 awards around the globe, including two Grammy nominations, CMA Entertainer and Male Vocalist of the Year, ACM Album and Male Vocalist of the Year and an ARIA for Best Country Release.

Last year brought “Love, Pain & the whole crazy thing,” which has already sold more than 2 million copies worldwide.  Like its predecessor, the album came in at No. 1 on Billboard’s Country Chart. “Everybody,” the album’s latest single, continues to climb the chart, while the heartbreaking “Stupid Boy” reached No. 2 on Mediabase.  The disc’s first single, “Once In A Lifetime,” set a since-broken record last year for the highest charting debut in Nielsen BDS-era on the Country chart.
Although he remains tremendously loyal to his Country audience, other radio formats have come calling. “You’ll Think Of Me” reached No. 2 on Billboard’s Adult Contemporary Chart, while “”Making Memories Of Us,” hit the Top 5 on both the Adult Contemporary Chart and the Hot Adult Contemporary Chart.

Other mainstream outlets have also been eager to showcase Urban’s talent as a performer, songwriter and multi-instrumentalist (in addition to acoustic and electric guitar, he also plays piano, ganjo, slide guitar and mandolin).  His 2007 appearance on “Saturday Night Live” is one of the few by a Country artist in the show’s 30-plus-year history. He performed at 2005’s Live 8 global concerts and was one of the only Country performers at this summer’s Live Earth concerts to build awareness for climate change. His performance of “Gimme Shelter” with Alicia Keys was a highlight of the worldwide extravaganza.

But the CDs only tell part of the story. His two long-form video collections have both been certified platinum. Additionally, Urban has become a must-see act on the road, a certified headliner, selling out shows on his own. Anyone who’s witnessed one of his concerts knows it is on stage where Urban truly shines with the ability to stretch out musically and to connect with his audience.   It is this connection and energy that he receives from his adoring fans that drives him.

Despite his extremely busy music life, Urban remains devoted to giving back to a number of charitable endeavors including W.O. Smith School of Music, St. Jude’s Children’s Research Hospital and the Make-A-Wish Foundation, which grants requests for sick children.

Less than 10 years after his first solo album, Urban already has a Greatest Hits album as an audio scrapbook of his first decade. And the good news, is he’s clearly just getting started. 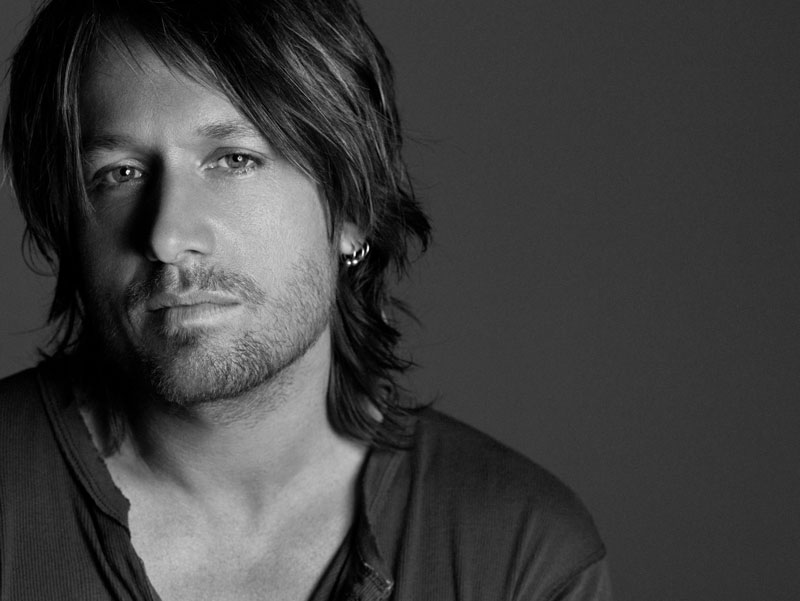