Lara Bingle started her career as a fashion model in Australia and is best known for her tourism ad campaign in the country, which was named, So Where the Bloody Hell are You? She is also known by some as the former girlfriend of Michael Clarke, the Australian cricket captain. Through her career Bingle posed for the covers of numerous magazines including, OK, Who, Famous, NW, New Idea, Women’s Day and Grazia

In 2006 Lara Bingle competed in the ice dance show Torvill and Dean’s Ice Dance Show on the Nine Network. She was the last female contestant to be eliminated and came 6th out of the total 8. In the same year she was a contest on Bert’s Family Feud, and was a guest on The Footy Show, which was a skit show with news, comedy sketches, interviews and more.
In 2008 Lara Bingle was offered a deal with Nine Network to present and field report for the new travel show named Holidays for Sale.
Also in 2008 she landed a contract for one year to be the official ambassador for the cellular network Vodaphone and a 3 year modeling contract with Speedo, one of the largest swimwear brands in the world.
In 2009 Lara Bingle landed a spot on the documentary Next Wave, and two TV movies, the first being Australia Unites: The Victorian Bushfire Appeal, and the second named the MTV Australia Awards 2009.
She also went on to become an ambassador for Bowel Cancer Australia, and in 2010 she was involved in the Love My Family ad campaign. In the same year she signed with Elite Model agency in New York and went on to co-own Growlers restaurant. In 2011 she announced her participation in Dancing with the Stars season 11. 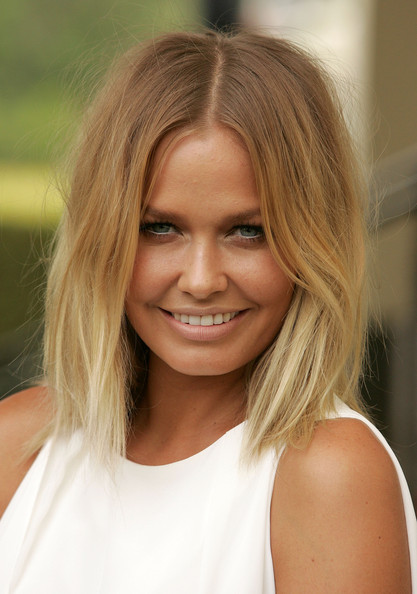