In 1987, Marina landed the role of Cosette in the Australian premiere of LES MISERABLES and at times appeared as Fantine in the same production. During this run, she took time out to play Hope Harcourt in ANYTHING GOES. Marina created the role of Christine Daae in the original Australian production of THE PHANTOM OF THE OPERA, which she performed for three years. Following this theatrical success, Marina went on to star in roles such as Maria in WEST SIDE STORY, Lily in THE SECRET GARDEN, Magnolia in SHOWBOAT, the title role of THE MERRY WIDOW, Miss Adelaide in GUYS AND DOLLS, Jane Smart in THE WITCHES OF EASTWICK , Belinda Blair in the hit comedy NOISES OFF, Mary O’Hara in HARP IN THE WILLOW, Annie Oakley in ANNIE GET YOUR GUN and Lilli Vanessi in KISS ME, KATE.

Marina is also well known on Australian television through her appearances on variety shows such as GOOD MORNING AUSTRALIA and CAROLS BY CANDLELIGHT. Amongst her television credits, Marina appeared as a guest lead in the award winning ABC Television series, G.P.

Marina has recorded three CDs accompanied by the Melbourne Symphony Orchestra: Leading Lady (which reached platinum status), Aspects of AndrewLloydWebber (which reached gold status and received an ARIA nomination) and Somewhere – The Songs of Sondheim and Bernstein.

She has received numerous awards including three MO Awards, three Green Room Awards, and the Advance Australia Award for her contribution to the performing arts. In 1999, Marina was guest of honour for the television program THIS IS YOUR LIFEwhich paid tribute to her career so far.

Most recently, Marina performed the role of Rona Lisa Peretti in the Melbourne Theatre Company’s production of THE 25TH ANNUALPUTNAMCOUNTY SPELLING BEE. 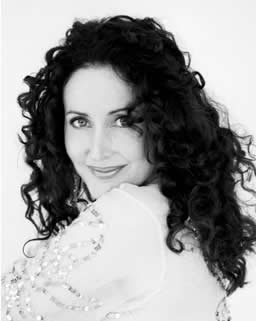