Matt Hollywood is widely acknowledged as one of Australia’s incredible Magic talents. His brilliant sense of humour has set a new standard for entertainment and guarantees unforgettable performances. Whether you’ve seen him live or simply heard about the show, one thing’s for sure – his dazzling stage presence will hold you mystified.

Matt has gained an enviable reputation in the corporate world as a corporate entertainer – creating personalised magic shows to suit clients’ individual requirements. He has won multiple major National and International awards within the entertainment industry including the gold award for ‘Australian Magic Champion’

Matt has supported some of Australia’s biggest names including Eddie Maguire, Rove and Bert Newton just to name a few. Matt has made numerous television appearances including Fox’s Footy Channel, Today Tonight, Good Morning Australia and also starred as a contestant on Channel 10’s reality TV series – The Hothouse. 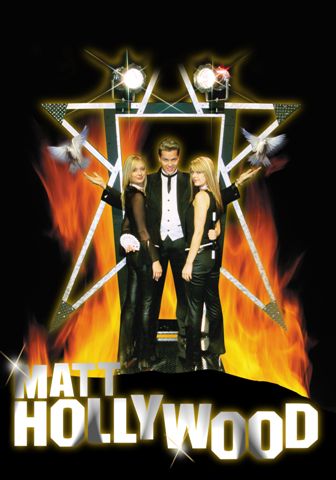