The former Australian rugby league international recently signed a new long-term agreement with the Nine Network that will continue to provide the platform for his successful forays into the world of entertainment.

In tandem with his own success, his alter ego Reg Reagan has also become one of Australia’s favourite personalities.
At Nine, Johns is the extremely-popular host of The Footy Show and a much-respected rugby league analyst on the network’s NRL match coverage.
His association with Sony BMG Music Entertainment has led to a multi-platinum Reg Reagan DVD release – “All of Me” – and a gold status single “Am I Ever Gonna See The Biff Again” which earned a 2004 ARIA nomination.
In 2004, his debut book – Reg Reagan’s ‘This Is My Life’ – produced an excellent result for the writer and publisher Pan Macmillan. He signed a two book deal with publishing giant Harper Collins in early 2007.
Johns also has a leading role in the film “The Final Winter” which has been signed by Paramount Pictures which will be released in August 2007.
The former Newcastle Knights, Wigan Warriors and Cronulla Sharks star also has corporate associations with McDonalds, TAB Ltd, Fosters, News Limited and the car dealer Worthington Prestige. He is also an ambassador of The Sony Foundation, which in recent years has raised more than $7 million to support a number of charitable organisations.
Johns’ media and promotional life kicked off in 2002 after he he was forced into early retirement because of a recurring shoulder injury.
His uncanny combination with brother Andrew ‘Joey’ Johns during the 1990s spearheaded many a Knights victory …and one they will always savour is the last-minute triumph over Manly in the 1997 ARL grand final.
Matthew Johns is one of Australia’s most sought-after corporate MCs and hosts 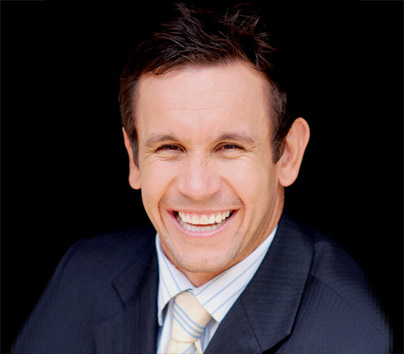