For more than a dozen years Mondo Rock dispensed punchy, craftily professional, adult pop-rock. Between 1977 and 1991 the Australian charts were enriched and enlivened by their sleek and proficient offerings.

At the heart of Mondo Rock’s chemistry were the exceptional song writing talents of vocalist Ross Wilson and guitarist Eric McCusker who brought to the group diverse, but complementary ideas.

Ross Wilson has given us ‘Eagle Rock’, ‘Come Back Again’, ‘Living In The Land Of Oz’, ‘Touch of Paradise’, ‘We’re No Angles’ and ‘Bed Of Nails’, providing a strong creative contrast to the more precise, pop-based McCusker, who agonised over personal relationships with ‘State Of The Heart’ and ‘No Once Comes Close’.

The first Mondo Rock came together in February 1977, the band’s first single ‘The Fugitive Kind’ made top thirty nationally – the first of 17 Mondo Rock hits. Three more singles were released, the album Primal Park making top forty. After line-up changes which saw Aztec drummer Gil Matthews pass through the band, Mondo Rock took a break at the beginning of 1980.

A man of determined nature, Ross Wilson was back within three months with a new band, a new record deal and very much a new sound. Standing alongside him was the guitarist from the band Matchbox, one Eric McCusker, a songwriter of skill and focus with James Black on keyboards, Paul Christie on bass and J.J. Hackett on drums – the definitive Mondo Rock formation – the band was one of the most popular in Australia; a powerful draw card on the national touring circuit.

Eric’s ‘State Of The Heart’ and Ross’s ‘Cool World’ were both top ten hits, while the ‘Chemistry’ album shot into the top three. Two more hits were forthcoming from this landmark album – the title track and ‘Summer Of ’81’. ‘Nuovo Mondo’ was another top ten album in mid 1982, yielding three singles ‘No Time’, ‘The Queen and Me’ and ‘In Another Love’. While the album was riding high, Paul Christie left to form The Party Boys.

A second album for Warners, the top five ‘The Modern Bop’ preceded by the Eric McCusker-penned single ‘Come Said The Boy’ (a national #2 hit) and the follow-up top twenty hit ‘Baby Wants To Rock’, saw Mondo Rock at the forefront of Australian music. On equal footing with the likes of Cold Chisel, INXS, Australian Crawl, Angels and Divinyls. So much so that upon moving to PolyGram in 1985, they went straight into the top ten with a best of, ‘Up To The Moment’.

’Boom Baby Boom’ was a top thirty album in 1986, the single ‘Primitive Love Rites’ achieved the prominence the band had become accustomed to. After the 1988 Aliens 12″ EP, Ross went off to record a solo album, ‘Dark Side Of The Man’, before reuniting with Eric McCusker for the ‘Why Fight It’ album in 1990 recorded partly in Hollywood, with American producer Waddy Wachtel.

25 years on from Ross’ first bold formation of one of Australia’s greatest bands they are coming together again, with no small level of enthusiasm, for three special club dates in Sydney W/C November 14th 2005!

Joining Ross and Eric for these shows will be legendary alumni Paul Christie (who enjoyed a #1 national hit with ‘He’s Gonna Step On You Again’ as leader of the Party Boys after his departure from the Mondos), original keyboardist James Black and original drummer for this line-up, Kerry Jacobsen, who came fresh from leaving hit maker’s DRAGON.

The band has released a double ‘Essential’ Collection CD and a single ‘The Greatest’ CD on Sony. 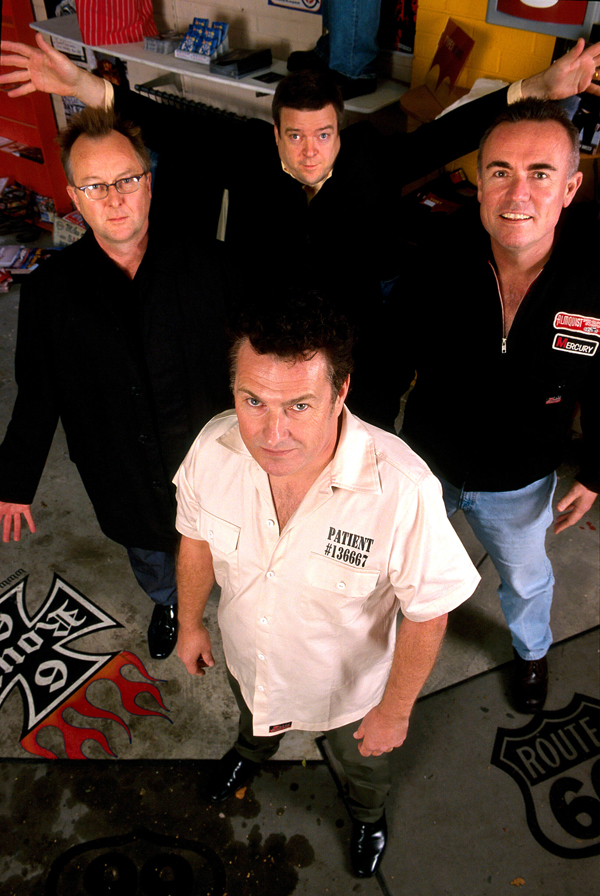