Nick Bracks is a model and TV personality. Nick was the surprise hit of the 11th series of Dancing with the Stars in 2011. He proved to be one of the year’s most popular contestants, with his charm, down to earth nature, natural communicative skills and good looks consolidating his across the board appeal.

In addition to his recent transition into television, Nick has established himself as one of Australia’s most sought after models, working with such high profile brands as MYER, David Jones, American Crew and Bonds.

2010 saw him turn heads with a controversial underwear presentation launching L’Oreal Melbourne Fashion Week and in 2011 was a finalist in the Cleo Bachelor of the year competition. His new found profile sees him in high demand on the social circuit and at media events.
Nick is no stranger to the spotlight. His father, Steve Bracks was one of the most popular Victorian Premiers in history and is described by Nick as ‘the best father in the world’.
2007 saw Nick saw make headlines for the wrong reasons as a result of alcohol related misdemeanours. He immediately made it his goal to turn a negative into a positive. Nick now regularly speaks at events and schools about his battle with depression and alcohol and uses his profile to raise awareness about depression and is a proud ambassador for Beyond Blue.
Nick has travelled the world extensively, is passionate about health and fitness and has a business degree behind him 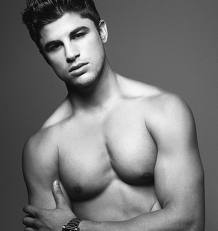