AS SEEN ON “THE VOICE” & “CELEBRITY APPRENTICE”

BASED IN:  SYDNEY, AUSTRALIA

Prinnie is undoubtedly one of Australia’s most sought after performers – an incredible singer, dancer, songwriter and presenter, who’s career is going from strength to strength.

She burst on to the scene at 17, performing in the Australian premiere of Rent:TheMuscial. From there she was in constant demand perform in musical theatre in shows such as Leader Of The Pack and Footloose. It was her Helpmann nominated performance in Oh, What A Night! that took her to the next level – she was asked to move to New York and front an all-girl group for Sony Music.
Whilst in New York, Prinnie learned her craft as a recording artist. She worked with Dallas Austin, Lashawn Daniels and the legendary Rodney Jerkins. She performed alongside Patti LaBelle, Chaka Khan, Mary J Blige and John Legend.
Despite this success, Australia kept calling and Prinnie returned to her homeland to spend time with her family. She continued to work with the best Australian talents such as Guy Sebastian and Jessica Mauboy. However, earlier this year, Prinnie chose to step out and try something new. She auditioned for the TV program, The Voice. She could not have imagined the success of the show nor the opportunities that would arise having made the top 4 in Team Joel. Not only did she stop a nation with her performances, she found a place in Australia’s heart.
After their headline commanding performances on The Voice, Prinnie has teamed up with Mahalia Barnes to release an album of soulful duets. Prinnie + Mahalia: Come Togetherdebuted at Number 1 on the R&B/Soul charts in October.
Prinnie recently participated in Channel 9’s The Celebrity Apprentice, where her shock eviction made headlines across the country.
Her current single ‘Don’t Wake Me Up’, released by Universal Music is currently dominating the airwaves, culminating in a Number One position on 2Day FM’s Hot 30. 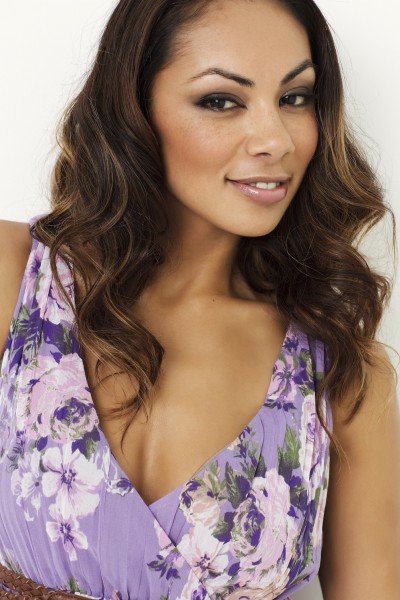