A true Australian Rock Legend, who has written countless hits which stand tall in Australian rock music history. With hits such as:  Girls on The Avenue  – Goodbye Tiger – I am an island – Deep Water – Capricorn Dancer –  Down In The Lucky Country –  Get Back to the Shelter – Glory Road- and many more.

Richard is available for Corporate & Special events in either full band or acoustic mode.
In a career spanning thirty two years and eighteen fantastic albums, Richard Clapton has earned himself a very special place in the history of Australian contemporary music. A singer/songwriter who combines masterful poetic insight with a passionate rock ‘n’ roll heart, he has articulated the hopes and dreams and the disappointment and disillusionment of a generation of Australians. With the dedication of a true artist, he has mapped out the landscape of the human heart. Richard Clapton is indisputably one of the most influential figures in Australian rock history. Respected by peers and critics alike for his finely honed abilities as a musician and songwriter, he has also kept up a steady flow of hits and a loyal live following over the past two decades. He stands among a very small group of songwriters who have created timeless classics;songs which explore and reflectupon the realities of contemporary Australia, remaining fresh and relevant years after they were written. The fact that so many of his songs are still heard on Australian radio stations every day is proof of the enduring qualities which make his music so special. The titles say it all, from ‘Girls On The Avenue’, ‘Capricorn Dancer’and ‘Deep Water’, through to ‘Down In The Lucky Country’, ‘The Best Years Of Our Lives’and ‘I Am An Island’, Richard has never stopped creating brilliant music. In recent years, he has continued to impress with songs like ‘Angelou’, ‘Trust Somebody’, ‘Glory Road’, ‘Distant Thunder’ and ‘Oceans of the Heart’. Richard Clapton’s music has always embodied a fascinating tension between distinctly Australian references and a broader, internationalist perspective. It is ironic that a man branded as Australia’s quintessential singer/songwriter should have such strong roots in Europe and European sensibilities, but it is precisely this quality that gives hismusic 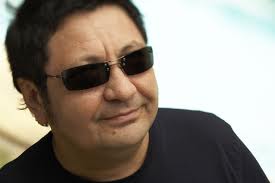