From the creators of the world-renowned, award winning act, The Three Waiters and the Vegas Opera Dudes comes a thrilling new show – The Leading Men.  A premiere collection of Australia’s finest musical performers, The Leading Men perform hits from the world’s leading musicals. Providing a unique twist, The Leading Men recount personal comic anecdotes between songs giving a rare insight into the world of musical theatre. Songs are given a whole new flavour, surprising and delighting audiences

Delivering a truly ‘wow’ factor, The Leading Men provide an evening of unprecedented enjoyment, sophistication and dynamic fun. Songs performed from various shows include: Beauty and the Beast, Jekyll and Hyde, Aspects of Love, Chess, JC Superstar, Chicago, Kiss of the Spiderwoman, Me and My Girl, Les Miserables, Phantom of the Opera, Annie Get Your Gun, Don Giovanni and The Barber of Seville.   The first and only Australian act of its kind, The Leading Men provide one of the most charming collections of charismatic stage personalities presented in a long time.   The Leading Men are …   Simon Burke won an AFI Award for Best Actor at age thirteen. His credits include Les Miserables, Phantom of the Opera and A Little Night Music starring Dame Judi Dench. He is the recipient of numerous awards and has hosted the Helpmann Awards since their inauguration in 2001.  Jose Carbo is one of Australia’s most exciting young baritones. He performed the lead character in Opera Australia’s The Barber of Seville and Opera Australia’s world premiere of John Haddock’s Madeline Lee.   David’s Dixon’s band Indecent Obsession scored Number One hits throughout Asia, Japan and South Africa and Top 10 throughout Europe. David’s stage roles include Joseph in Joseph & the Amazing TechnicolourDreamcoat and Marius in Les Miserables.   Rodney Dobson’s numerous credits include Chess, Aspects of Love, Sunset Boulevard and Miss Saigon. He has received numerous award nominations for his performances and has been involved in various workshops for new Australian musicals.  Scott Irwin’s talent saw him named as one of Cleo’s 50 Most Eligible Bachelors in 1997. Scott’s credits include Grease, The New Rocky Horror Show, Les Misérables and Annie Get Your Gun. An accomplished songwriter, he has he has written, recorded and performed with a variety of bands over the past nine years.  Darryl Lovegrove created the world renowned corporate act The Three Waiters, who have performed over 3000 shows in 45 countries. Darryl’s roles include Jesus in Jesus Christ Superstar and John Lennon in Looking Through a Glass Onion.  Derek Metzger’s leading roles include Joseph & The Amazing Technicolor Dreamcoat, Jesus Christ Superstar, Hans Christian Andersen, Chess, Me and My Girl, and Side by Side by Sondheim. He has won numerous awards including the coveted Green Room Award for Best Actor in a Mus 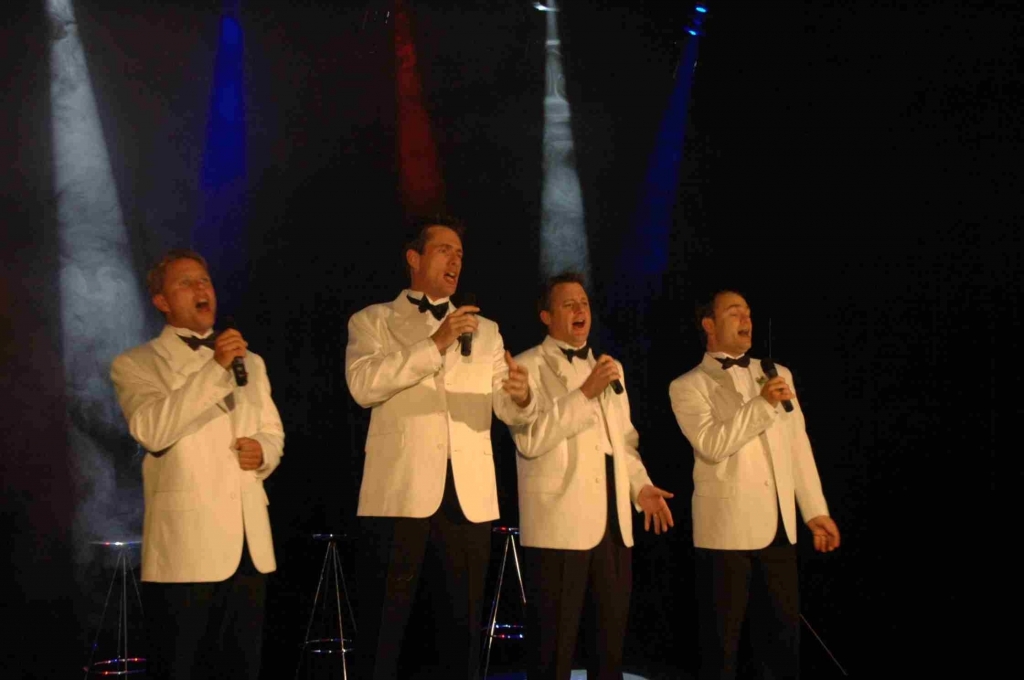