When in doubt, leave it out. Put your faith in life.”
Dare You To Be Happy

After four years, Tina Arena returns to the airwaves with the strongest songs of her career, collected as ‘Just Me’. Created from a wealth of both musical and life experiences, gathered during what has been one of the most eventful period’s of Tina’s life, this is certainly her most personal album to date. The challenge of breaking the US and European market places; the living-on-the-edge excitement of playing the lead in London’s West End production of Notre Dame de Paris; and the time spent travelling the world working on the new album, have all provided ample inspiration for a collection of extremely powerful songs.

Written mainly in the US and Europe, with some of the best collaborators in the business, the songs on this album mark a distinct departure for Arena, who maintains that this has been her most enjoyable and creatively rewarding period to date. Add to this the dynamic of internationally renowned producers: Nile Rodgers, Peter Vetesse, Lukas Burton and Paul Manners and you’ve got an electrifying new record that Arena hopes will appeal to old and new fans alike.
“I set out to make a record that reflected all of the personal, sonic and lyrical growth that I believe I have undergone in recent years,” Tina says. “The only master plan, the only objective I set for myself, was to experiment and write the freshest sounding record I could – one that was truly an indication of where I am at in my life right now.”

“There’s a price for being strong, but I can live with who I am”
You Made Me Find Myself

Following Tina’s phenomenal success in Australia, her career exploded internationally in 1998, when her duet with Marc Anthony – ‘I Want To Spend My Lifetime Loving You’ – topped the charts in France. The subsequent release of her first French language single ‘Aller Plus Haut’, and its follow-up ‘Les Trois Cloches’, sky-rocketed her onto the European charts and garnered her album sales of more than one million units.

After her triumphant return to Australia, to sing at the opening ceremony of the Sydney 2000 Olympic Games, Tina turned her attention to a new album. ‘Just Me’ may be the culmination of those experiences, but Tina is equally adamant that it’s more the beginning of a new phase in a very long career.

“I don’t see this album as a continuation of my previous work,” Tina says. “I think it is definitely a new beginning – almost a rebirth. That’s part of the reason it took a long time to make. I wanted to be sure about what I wanted to say and how I wanted to say it, and I think it was good to gain a little bit of perspective away from a fairly relentless presence in this country.”

Tina has never been more direct in her lyrics, producing songs that pay testament to her underlying strength and determination to maintain a positive outlook, even when times were at their toughest. Her vocal performances on this record also reflect her willingness to try new approaches, while showcasing the unmistakable texture of her voice. At times hushed and intimate, at others raucous and powerful, this is a Tina Arena that we have not seen before.

Recorded in London, Dublin, New York, Los Angeles, and Paris, ‘Just Me’ bristles with Arena’s natural energy and the masterstrokes of her primary collaborators: Nile Rodgers(Chic, Madonna, David Bowie) and Peter Vetesse(Annie Lenox, Heather Small). While ‘Soul Mate #9’ is an infectious slice of disco funk, and ‘Tangled’ introduces lush middle Eastern-style strings to Tina’s musical landscape, ‘Symphony Of Life’ and ‘Woman’ are exciting forays into a more electronic sound, challenging the likes of Dido, Madonna, Massive Attack and Chicane. ‘God Only Knows’, on the other hand, provides a very filmic and orchestral interlude on the record.

“I have to wait until I get into the studio with the producers for the sounds to really happen,” says Tina. “That’s when all the magic starts. Nile and Peter were such encouraging producers to work with and they were able to come up with exactly what I was after. I was very excited to be working with Nile, given his incredible pedigree and Peter has to be one of the funniest and most talented men on the planet. It was important to be surrounded by positive people; but at the same time, I didn’t want to be around anyone who was hiding anything from me. I think that we achieved the perfect balance.”

“I’ve seen it all, I’ve soaked it in, I’ve taken breaths in worlds you’ve never been”
Woman

Just Me is very much an album of its time. It not only captures Tina’s new-found sense of purpose, but also delivers a sonic resonance that is sure to surprise those who had pigeonholed one of Australia’s most successful musical exports as A ‘big ballad singer’. There is no doubt that Soul Mate #9, Tangled and Dare You To Be Happy will be favourites on dance floors both here and overseas.
“It was fun to bop again, to move again” Tina laughs. “Bringing all those infectious beats into the mix – the ones that you can’t help but dance to – was really important.”

Unveiling ‘Just Me’ to the international music community fills Tina with both trepidation and excitement.
“People are very curious – which is a really good thing,” says Tina. “But this is quite a departure, so I hope they like it. Making this record has given me a lot of emotional strength, and has allowed me the opportunity to share some of the things that have played an important part in my personal growth over the past few years. I have laid it all out there for the world to see – and I guess to judge. However overall, it’s a very positive and intimate record and I think people will identify with it.”

“There are mountains to climb, and this is my time”
God Only Knows 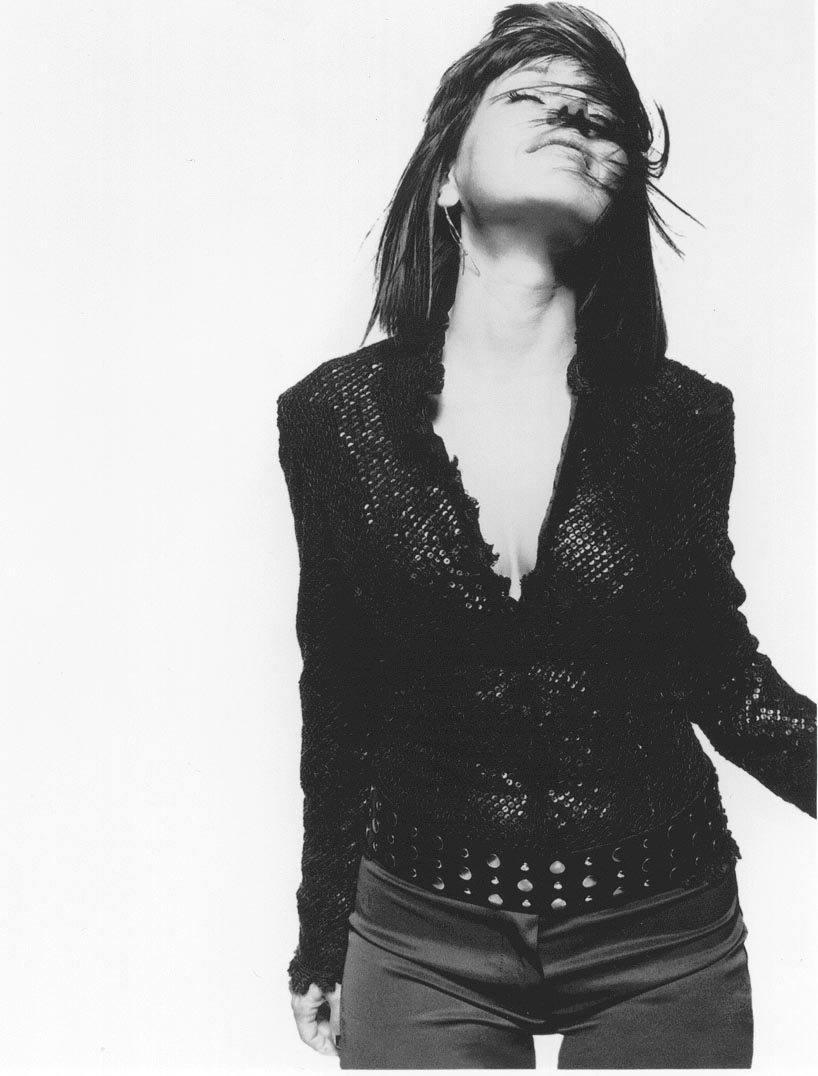