Troy Cassar-Daley has earned the reputation as one of Australia’s finest country performers, honing his craft over the course of 20 years and 6 studio albums. This stellar career is recognised by the release of “Born To Survive”, the Best Of Troy Cassar-Daley through EMI Music.
“Born To Survive” is a luminous collection of 20 songs, tracing Troy’s career from his first major label recording “Dream Out Loud”, to his new single “Everything Is Going To Be Alright”. Incredibly, 13 of these 20 songs reached #1 on the Country Tracks Top 30, and many of them secured accolades from ARIA Awards to Golden Guitars.

Troy’s spectacular duets are recognized on “Born To Survive” – including those from Jimmy Barnes (Bird On A Wire) to Paul Kelly (I Wish I Was A Train) and Slim Dusty (The Biggest Disappointment), amongst others.
Troy Cassar-Daley has an incredible personal story, one that has borne itself through his songs. As a child of an Aboriginal mother and Maltese father, his childhood is the stuff of legend – growing up in Grafton, running away to live with his father in Surry Hills, teaching himself to play guitar, his mother’s work on the railways, his beloved grandmother … all are factors in the rich tapestry of his life which heavily influenced his songwriting. Cassar-Daley has grown from these humble begins to become one of Australia’s most loved and recognizable performers – culminating in his recent star turns on “Standing On The Outside” – The Songs Of Cold Chisel” performing “Bow River”, and TV series “It Takes Two”.
With “Born To Survive” comes a new single “Everything Is Going To Be Alright”, a song co-written with Don Walker and featuring vocals from Paulini, Dave Gleeson, David Campbell and Wendy Matthews, Troy’s peers from “It Takes Two”.
Troy himself sums up the release of his Best Of most succinctly, saying “Six albums down the line, you should be able to put together a compilation that gathers the best stuff you’ve put down and have it be pretty good.” Pretty good indeed! 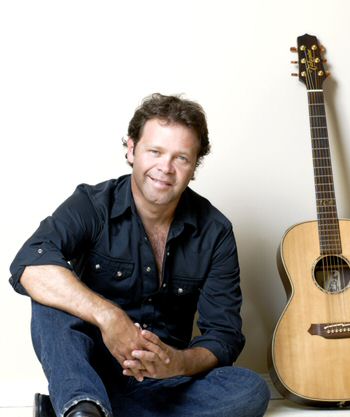