Mick Meredith is one of Australia’s most versatile STAND UP COMEDIANS and has established himself over the years as a popular and successful funny man.
Mick’s style has been described as laidback and cheeky with plenty of laughs and applause, a bloke you’ll laugh at onstage and want to have a beer with afterwards.
Apart from his regular comedy gigs, Mick performs dozens of corporate shows a year making him one of Australias’ most sought-after CORPORATE ENTERTAINERS.

Mick Meredith is one of Australia’s most in-demand comedians and one of the countries leading musical comedy acts with appearances all over Australia and internationally from PNG to Egypt.
Mick entertains at dozens of corporate events per year and one of the countries most sought after corporate comics; Past shows have included NAB, master painters of NSW, rugby world cup, channel 9, austral bricks, NSW sportsperson of the year and many more.
Mick has appeared on film, TV and radio including The Footy Show, Mornings with Kerri Ann, Ten HD’s Thursday Night Live, Joker Poker, the comedy channel, Stand-up Australia, Triple M, The Sydney Cracker Festival Gala and feature films Bloody Hell and Footy Legends with Anh Do, Peter Phelps and Claudia Karvan. As well as LG, Picnic, nicorette, KFC and aapt commercials and featured comedian on the nrl footy shows best of the comedians DVDs 1 and 2.
Mick’s corporate shows are vastly different to the normal run of the mill after dinner comic, his dynamic performances combine laugh out loud comedy, music and a touch of humourous magic guaranteed to please all walks of life from the CEO down. 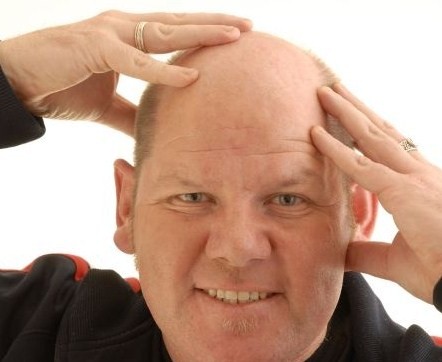