As HG Nelson and Rampaging Roy Slaven, Greig Pickhaver and John Doyle have been searing into the nation’s consciousness since 1986 with such programmes as This Sporting Life, Club Buggery, The Channel Nine Show, The Monday Dump, The Cream and the hugely successful Channel 7 Olympic broadcasts The Dream and The Ice Dream and The Dream in Athens.

Roy and HG are often asked by the media to comment on matters of local and global importance and their insight into the world of sport is keenly sought after for corporate events.
HG can distil the philosophy of their success into the following few words…
“Go in hard, early and often. Win the stink and win the match! And remember: in or out . . . it is always worth a shout!” 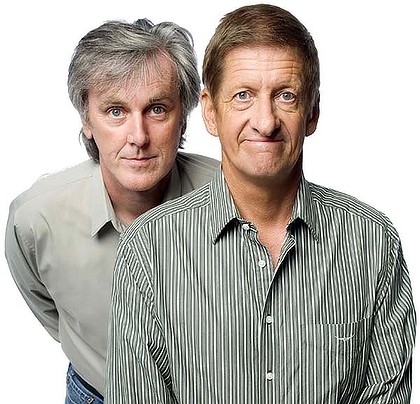